UNSW's graduating Industrial Design students are aiming their problem-solving skills at issues from sexual satisfaction to snowboarding safety and saving lives at sea. 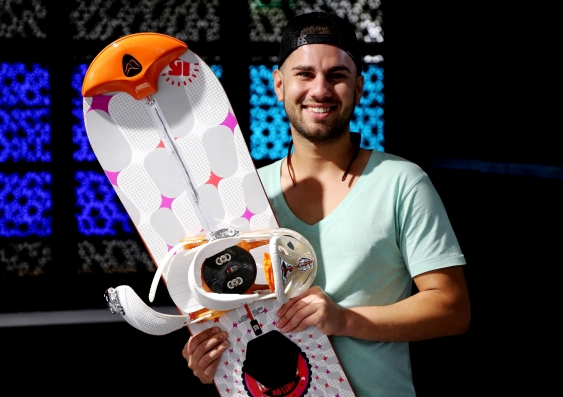 If you think industrial design is all about expensive chairs and over-analysed fruit bowls ­ think again.

UNSW’s 2014 Industrial Design graduates have devised an ambitious range of products aimed at solving real-world problems, from drowning at sea to accidents on the snowfields. Improving quality of life for people with a disability is a prominent theme. The students’ 50 or so clever creations will be on exhibition at UNSW’s Kensington campus until December 2 (details below), just one of a series of Built Environment end-of-year exhibitions. Here are some of the highlights from Industrial Design.

“He was a confident young man before the accident. Afterwards, we talked about disability and sexuality, and kind of came up with the idea together,” she says. “[My friend] can move his arms, but they’re not very strong. He has enough strength and movement to use a phone or a computer.”

Ablang’s bolero, suspender belt, pants and bra - branded XO - contain silicone components that can roll or vibrate and are controlled via an app. The moving mechanisms inside the sleeves of the bolero, for example, sit over the wearer’s shoulders. A person with quadriplegia or other severe physical limitations can use a tablet or smart phone to drive the moving components and give the wearer a massage.

A life jacket can only do so much …

Raymond Tinyow’s Nautilus life jacket has an integrated life raft that inflates automatically, scooping the wearer up and out of the water. It’s a life-saving device aimed at offshore, cold water industries such as oil drilling and commercial fishing, but it could also be used by passenger ships.

Tinyow’s concept began with his own fascination with the big cruise liners he saw while he was working at Sydney’s passenger ship terminals and evolved in response to tragic real-life events and his own research.

In April, Tinyow watched the news coverage of the South Korean Sewol ferry disaster and was struck by the captain’s comments to the effect that, even if passengers escaped in lifejackets, there were many other threats, including the temperature of the water. Tinyow then did some research and discovered that “70 per cent of cold water deaths happen within 10 minutes, even with a lifejacket,” he says. “That was when I saw an opportunity for a solution,” he says. “I needed an immediate, effective way to get these people up and out of the water.”

Two years to get a prosthetic leg?

Lukas Cubirka wanted to design an electronic prosthetic limb for disabled surfers, but his tutors encouraged him to look at an area of “need rather than want”.

His next idea, an easy-to-assemble prosthetic leg kit, came to him in the wake of a Foreign Correspondent episode about unexploded cluster bombs left in Laos after the Vietnam War and the terrible injuries they continue to cause. “These are Ikea-style prosthetics,” he says, only partly joking. His light, adjustable and inexpensive to manufacture “Disparity Kits” are designed for children and to be distributed in poorer economic areas, particularly rural ones.

“It was taking up to two years for some of the kids in Laos to get their completed prosthetics and they were travelling long distances to and from towns to get them fitted,” Cubirka says. Disparity Kit legs, he says, would be a temporary measure to get kids mobile again after a catastrophic injury. The instructions would also include rehab exercises, he says.

Out of control on the ski fields

After watching his friends running out of control on the snowfields, experienced snowboarder Richard Trajcevski came up with his idea for an indicator system that lights up automatically in response to the boarder’s shifting weight, and warns those in their vicinity of an imminent zig or zag.

Beginners can be a real hazard on the ski fields, Trajcevski says. “My mates were crashing into each other, into me. One of them took me out and smashed up my board.” Pro-tech-T gives those who are in control of their equipment a chance to take evasive action. Plus, says Trajcevski, the lights look great in action photos and on the snowfields at night, so there’s no need to throw them away once you’re no longer a beginner.

Other student designs include an on-board, electronic coaching and guidance system for learner motorcyclists, a laser-like weed gun that decimates weeds without need for poisons and a jet-propelled surf rescue craft that brings together the manoeuvrability of a board with the speed and power of a boat.

Taking industrial design concepts to the next stage - prototyping and commercial sales - is usually a multi-million dollar exercise that requires commercial backing. But it does happen. UNSW alumnus Alfred Boyadgis, for example, has been clever enough to start his own company Forcite Helmet Systems on the merits of a high-tech police motorcycle helmet he developed in his final year at UNSW. An extreme sports version of the helmet will hit the market next year.

UNSW Built Environment lecturer Andrew Fowkes has years of commercial industrial design experience, most of it with high-end companies in the United Kingdom and the US, and he now supervises UNSW’s final-year industrial design students. It’s a demanding course, he says, but so is the industry and so are 21st-century consumers.

“Technology is becoming smaller, smarter and more intuitive,” Fowkes says. “It’s not like engines or instruments 100 years ago where what you saw was what you got. Today, with the development of technology such as smartphones, the consumer wants a single product to perform endless miracles effortlessly.”

“The industrial designer’s job is to cushion technology produced by engineers and wrap it around consumer aspirations and expectations,” he says. And good 21st-century design needs to be many things: “functional, simple, beautiful, safe and environmental”.

When Friday 28 November to Tuesday 2 December 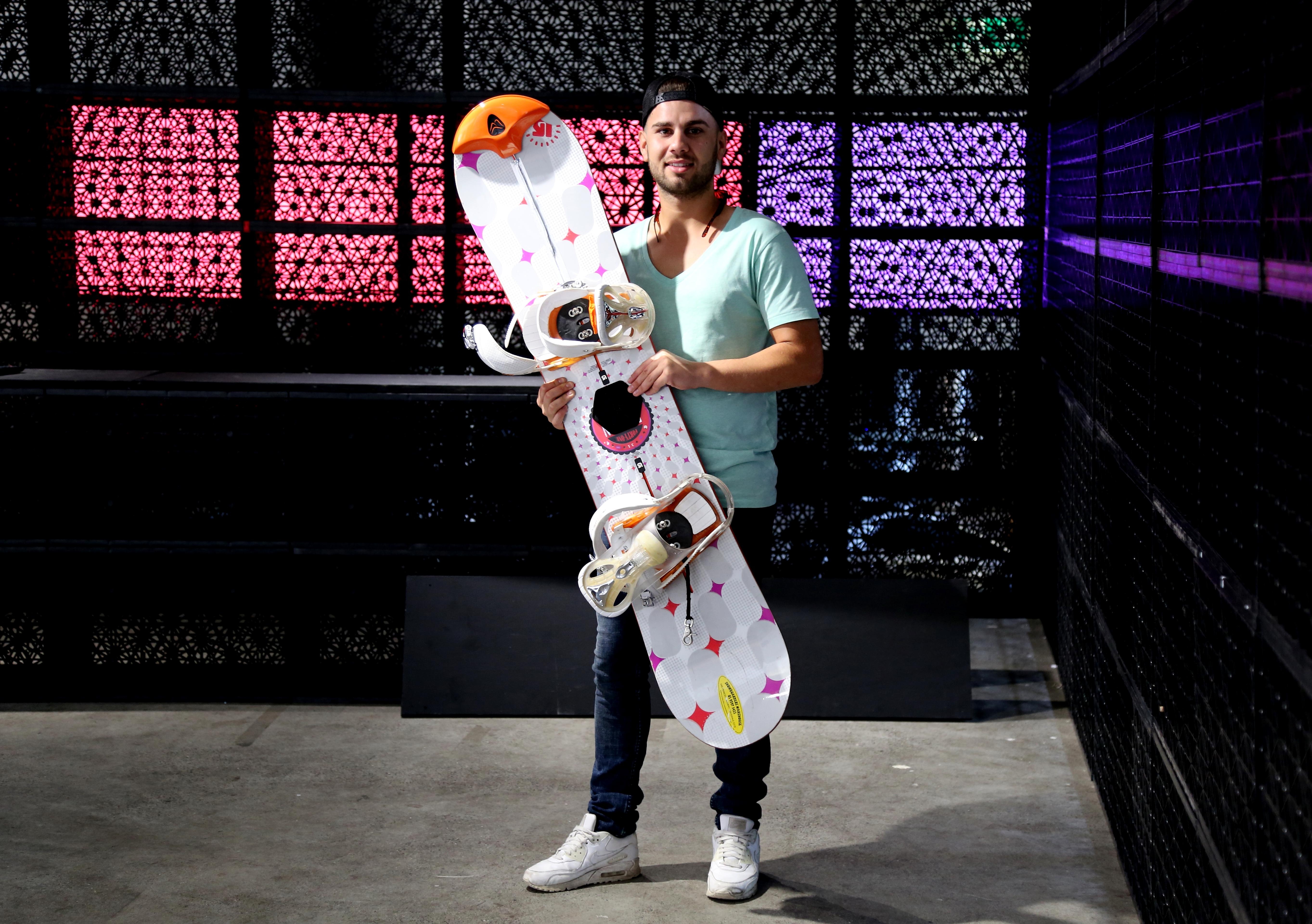 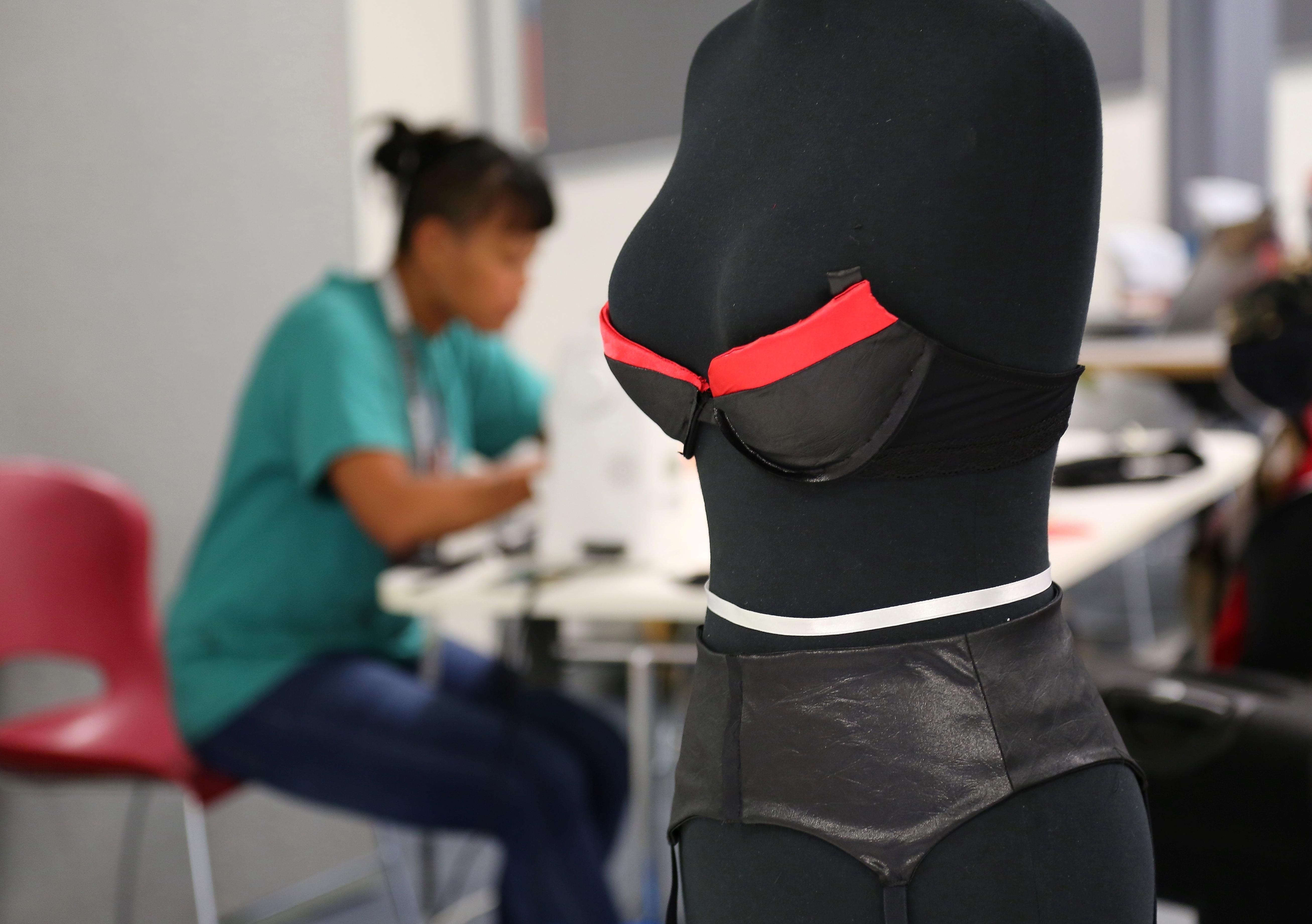 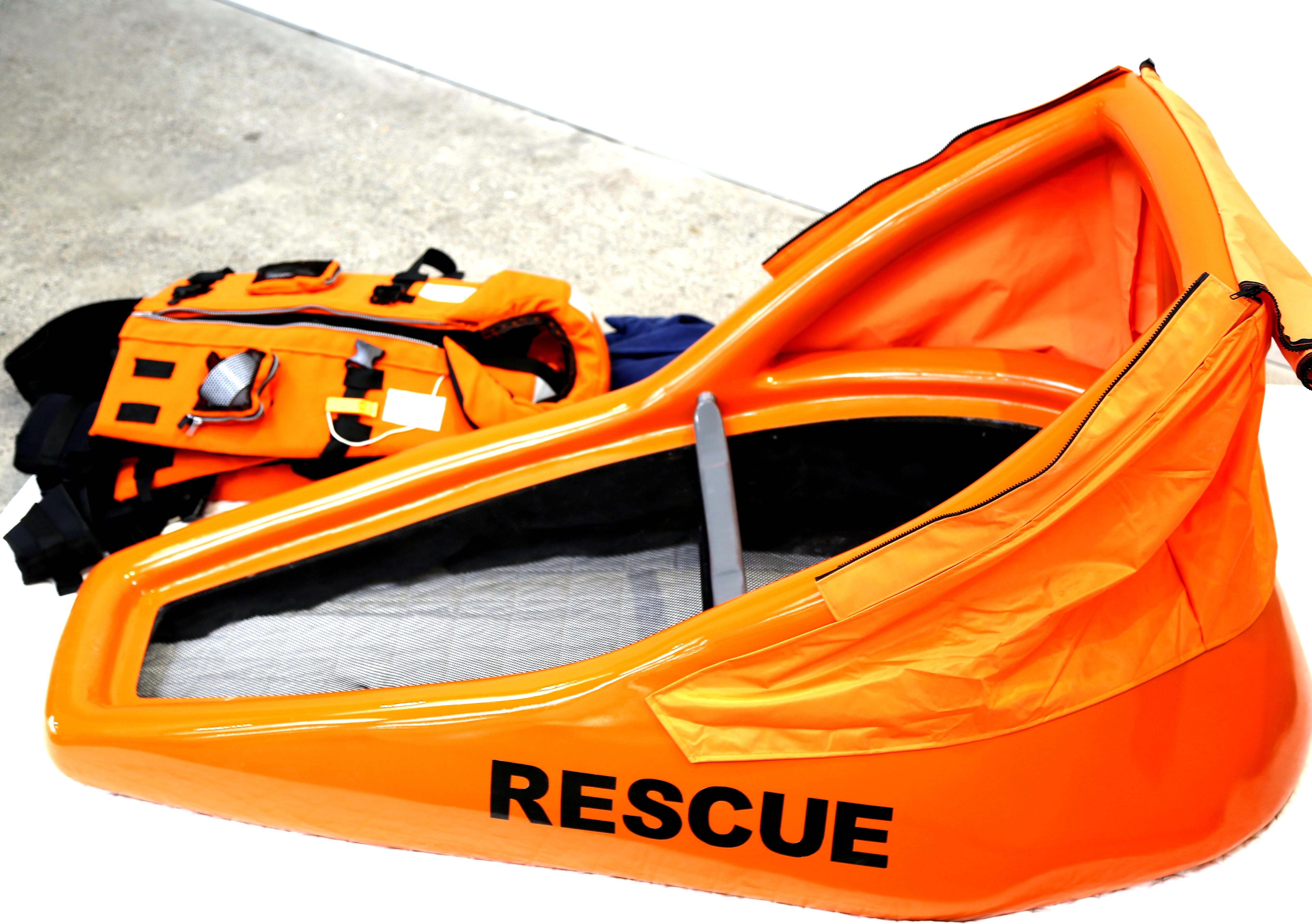 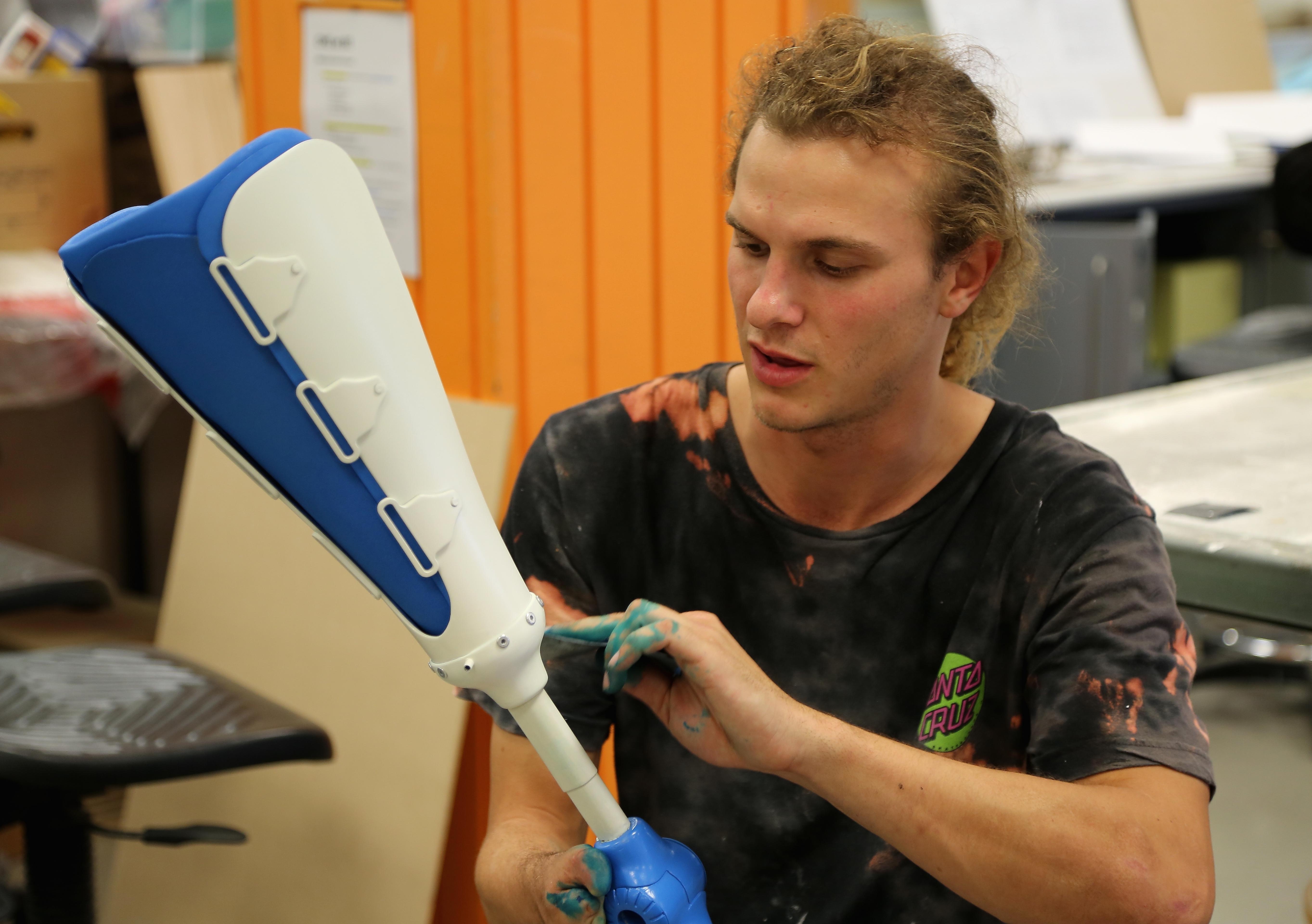 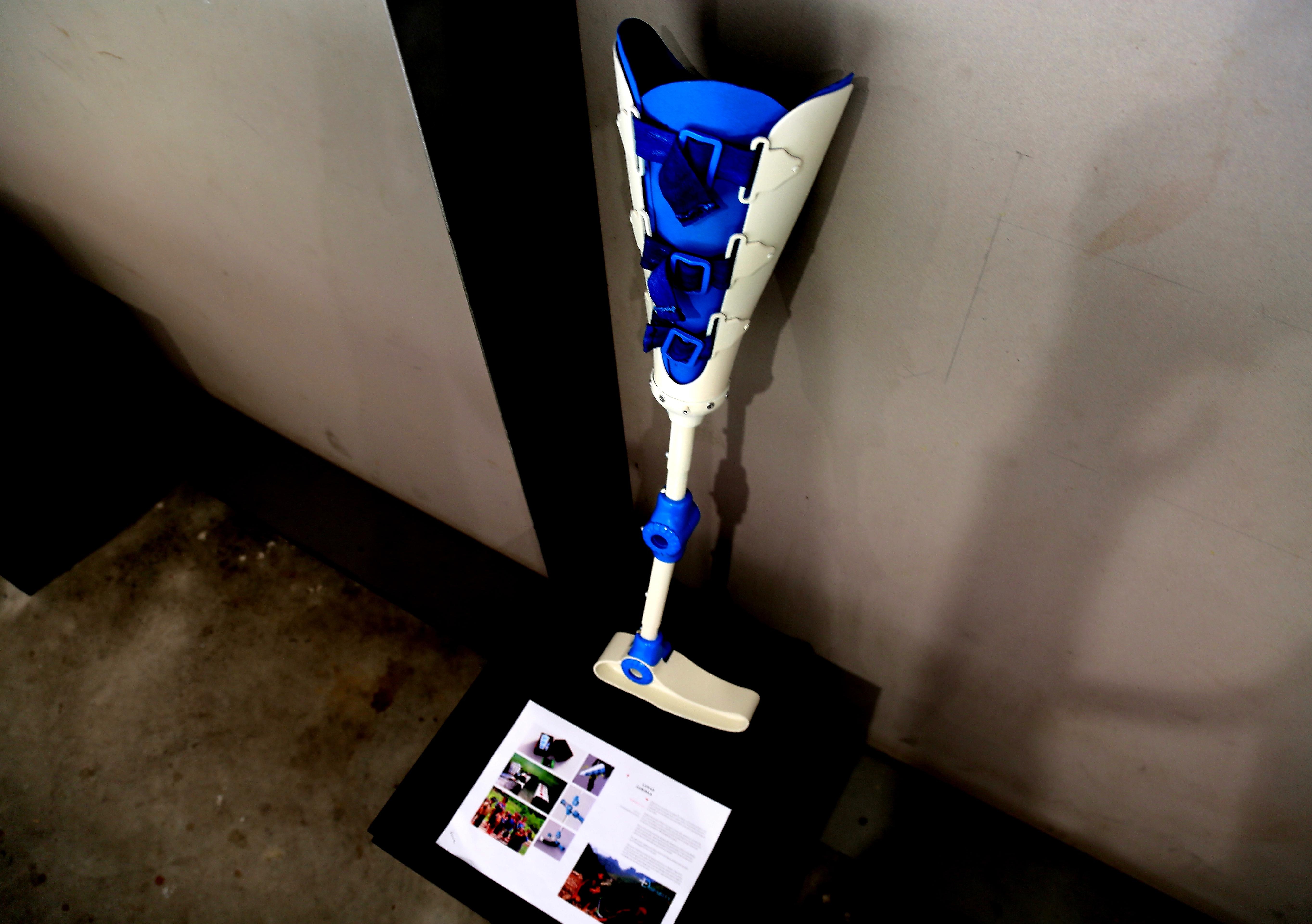