The time is ripe for bringing food production back into urban life through our use of public space. 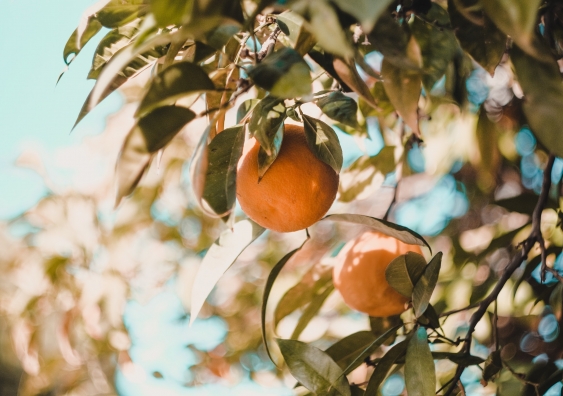 Edible landscape designs in public spaces could help us reconnect with our food and more. Photo: Unsplash.

Food is a central part of culture, and at a fundamental level, we also need it. However, food production can be quite removed, even absent, from our daily lives, with much of the population living in urban areas far from distant agricultural regions.

Dr Joshua Zeunert from UNSW Built Environment says many people have an ‘urban disconnect’ from our food systems, with a growing divide between food consumption and food production.

“Because we can’t see where it is our food is coming from, we sometimes don’t value the connection with what we eat,” the landscape architect and urban designer says. “It’s the idea that kids don’t know that milk comes from cows, or that vegetables are grown in the ground.”

The case for urban agriculture

The landscape architect says that we need to reconnect with our food, beginning with the means of food production. He says we should look to bring certain agricultural practices back into urban life.

“It is important to have an appreciation of just how hard it is to grow food, and it’s an excellent life skill to have. It would also be great for our society to have more options of where we’re getting our food from.”

With several global challenges, including the pandemic, it could also be more important than ever for us to reconsider our food systems and to make sources more local, while increasing our food production skills. 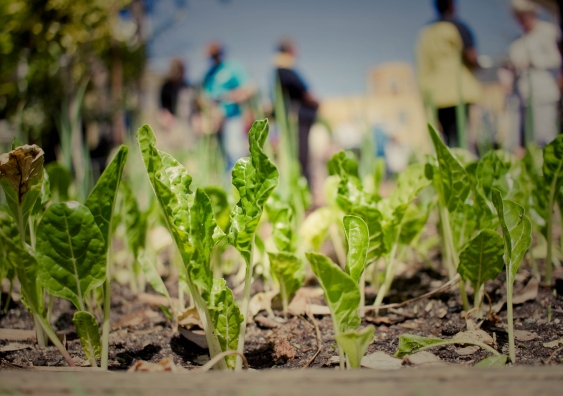 “We’re incredibly blessed with our food system here in Australia that we do produce more than we eat in terms of sheer volume. But, in the UK, for example, they’re a net importer of food, so panic buying or shortages could be more pronounced because of the reliance on imports,” he says.

“But when we think about the diversity of what we want to eat, we still import a noteworthy amount of food, and it adds up if you consider the food miles and embodied energy.”

Architecture you can eat

One possible solution is ‘aesthetic foodscapes’ – edible landscape designs that incorporate fruit and nut trees and vegetables in streets and other public areas.

“An aesthetic foodscape design is really about how we frame and structure edible plants in public spaces,” he says. “We do have the capacity to not only reconnect with food production but also to create an engaging public domain that is also productive – in the right contexts.”

In addition to providing a supplementary source of fresh produce, these foodscapes could also have benefits for our health and wellbeing.

“If we can engage with nature beyond the superficial level, there certainly are mental and physical health benefits, along with giving people more agency in public spaces,” he says.

Historically in Australia, urban landscape design has drawn from the legacy of ornamental botany, with edible species rarely incorporated on a large scale. 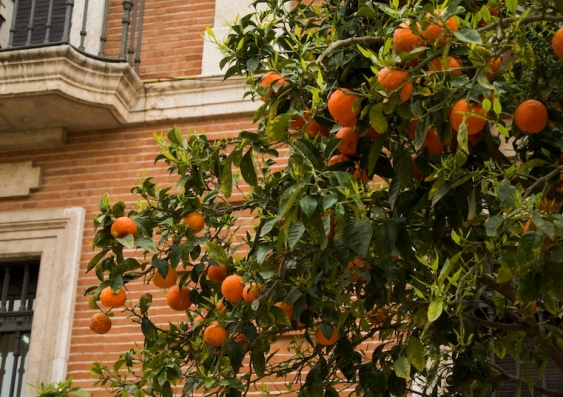 It's common to see citrus trees ripe with fruit in the streets of many European countries. Photo: Shutterstock.

“It’s something we’ve inherited from the British, so we’re living with the hangover of ornamental botany. But if we look to the Mediterranean, it’s quite common to see citrus growing in the public parks and streets of Spain, or in Italy and Portugal.”

While there has been some local experimentation with aesthetic foodscapes, they’ve mostly been temporary or on the fringes of public space.

“Some more progressive local councils have brought in food officers to facilitate more spaces like community gardens on spare blocks,” Dr Zeunert says. “I’m hoping to see more designed, visible and ongoing food landscapes such as a mixed orchard in a major public park, or a vegetable parterre in an urban square.

“That’s where landscape architects and urban designers have a big role to play as the central disciplines in designing public spaces, along with the selection of plant species, their spatial arrangement and understanding their ongoing needs.”

While maintaining an aesthetic foodscape wouldn’t be without challenges or risks, it could be easier than you think.

“Urban food landscapes can require a bit more effort to maintain, but can be comparable, for example, with short-lived floral displays,” Dr Zeunert says. “Any edible species need to be suited to the context and microclimate, and the local government managing the public space needs to be on board ... but we actually have some great agricultural land in Australian cities.”

One way to incorporate more aesthetic foodscapes would be to mandate that new developments use more edible species in their landscapes.

“NSW used to mandate that new developments have a certain proportion of the landscape planted with Indigenous plant species, so I don’t see why we wouldn’t look into mandating an area of species that can be eaten too,” he says.

“It makes a huge difference to have a local community who are hands-on and can champion this approach,” he says. “While you do have to go a few extra yards to make it work, it’s really satisfying to pull off.”