The annual announcement of the Archibald Prize is one of Sydney’s great spectacles. This year's winning portrait depicts one of Australia's leading artists, Lindy Lee. 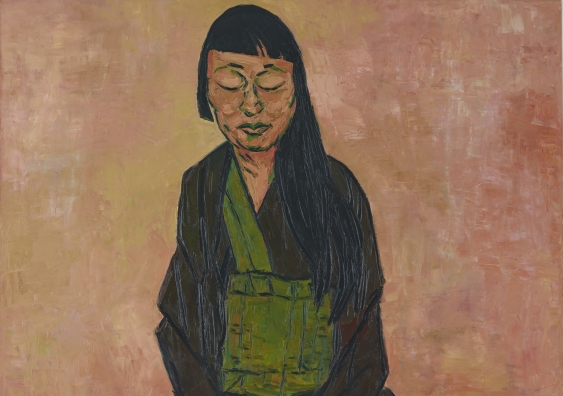 Tony Costa’s portrait of fellow artist Lindy Lee has won the 2019 Archibald Prize. His subject, Lindy Lee is both one of Australia’s most distinguished artists and a former trustee of the Art Gallery of New South Wales. Costa has painted her wearing a traditional robe, in meditation, a reminder of both her Chinese heritage and her Zen Buddhist faith.

The annual announcement of the Archibald Prize is one of Sydney’s great spectacles. There is the crowd of journalists, photographers, television crew, some of the artists, their dealers, friends and many of the subjects.

Those of us who have been here before try to read the runes in the positioning of the podium from where the announcement is made.

This year it is directly in front of David Griggs’ large portrait of Alexie Glass-Kantor. That means this was not in the final group of works to be considered, as cameras require an uncluttered view of the winner the instant it is announced. No furniture can get in the way. 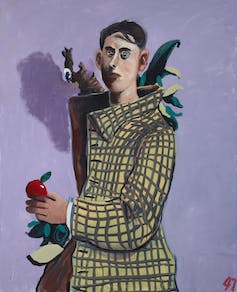 The Chairman of Trustees, David Gonski, is one of the most experienced of showmen, and knows how to string out an announcement. He starts with the lesser prizes. First, the Sulman, judged this year by Fiona Lowry, awarded to McLean Edwards for The first girl that knocked on his door, an almost plaintive expression of emotional vulnerability.

Then he slowly moves onto the Wynne, teasing the waiting journalists with the two lesser prizes – the Trustees’ Watercolour Prize goes to Robyn Sweaney for her country cottage, Perfect Uncertainty. This is followed by the awarding of the Roberts Family Prize to Noŋgirrŋa Marawili for Pink Lightning, a luminous account of the lightning snake that spits fire into the sky in her Baraltja country.

The Wynne Prize goes to Sylvia Ken who, with her sisters, was awarded the same prize in 2016. Her subject, Seven Sisters, is one of the great songlines of Aboriginal Australia. 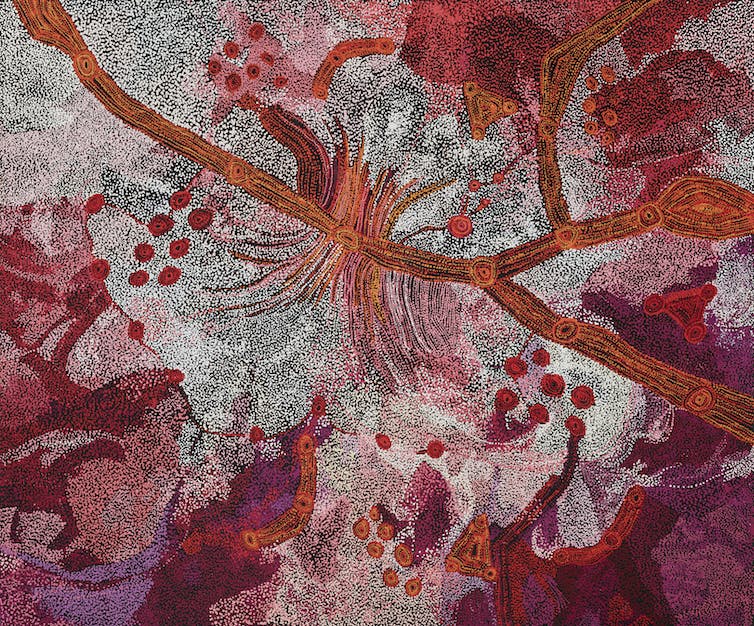 And now, for the big one, the room goes silent. Gonski thanks all 919 people who entered the prize. It’s a reminder of the achievement of the 51 who have been selected to hang. He points out how arduous the process of judging has been and highly commends Jude Rae’s portrait of Sarah Peirse as Miss Docker in Patrick White’s A cheery soul. Rae’s portrait captures the actor in character, isolated on the stage. Not getting the prize, but being signalled out for praise, is a good omen for future years.

But as Gonski says, there is only one winner. This is the fourth time Costa has been an Archibald finalist, so he fits the criteria of recent winners.

There is a tranquility to this painting, echoing the meditative quality of Lee’s own work. Costa has painted a portrait that is both a reflection of his subject’s culture, faith, and approach to making art.

The strong lines that define the shapes within the painting almost appear to quote archaic prints. It’s a similar approach to that taken by Costa in previous portraits, notably last year’s portrait of Claudia Chan Shaw and Simon Chan in 2017.

As Archibald Winner, Tony Costa is in for a dizzying time of feasting and fun, but that will fade with the next news cycle. The real impact of the prize will last a lifetime.

The 1985 winner, Guy Warren, was able to buy a studio in Leichhardt with his winnings. Sadly, even with the decline of Sydney real estate, the prize money (now $100,000) won’t go so far these days. But there will most likely be future portrait commissions, successful exhibitions, and a slightly less precarious life for the artist.