Opinion The minimum wage shouldn't be tied to inflation. Here's why

Several solutions can help to mitigate the demand and need for wages to be linked to inflation, writes UNSW Business School's Mark Humphrey-Jenner. 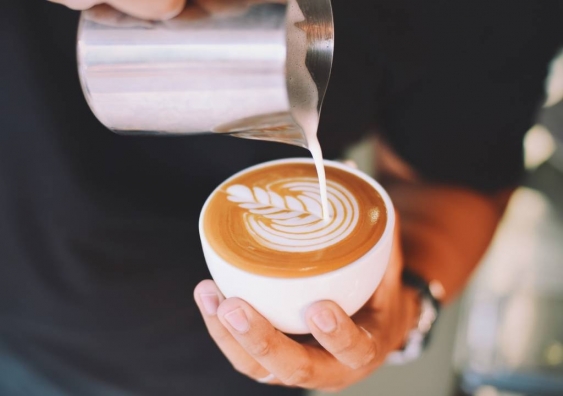 Cost of living pressures are real, but it's up to central banks to control inflation so that living standards do not fall, says UNSW Business School’s Mark Humphery-Jenner. Photo: Pexels

Cost of living pressures have increased, but this is a global issue. US Consumer Price Index (CPI) reached an all-time high of 288.66 points in April. In Australia, CPI rose 2.1 per cent in the March 2022 quarter and 5.1 per cent annually –the largest quarterly and annual rise since the introduction of the goods and services tax (GST). The Australian Bureau of Statistics (ABS) attributed the increase to higher dwelling construction costs and fuel prices.

Why is this increase a significant issue? First, a higher CPI indicates rising inflation: if there’s inflation—when goods and services cost more—the CPI will increase. When inflation goes up, the value of a currency declines over time. So, people on fixed wages and who have cash savings will be hurt by inflation.

Secondly, this inflation has caused ALP leader Anthony Albanese to say he would support the minimum wage (currently $20.33 an hour) increasing 5.1 per cent to match inflation. However, business groups have decried such a push. Similarly, the Reserve Bank of Australia (RBA) has warned against tying wages to inflation.

Labor’s comments have sparked worries of a wage-price spiral, in which wages push up inflation which pushes up wages in a vicious cycle.

But the situation is complex. Many employers have tried to underpay employees for an extended period. Many employers have routinely kept wage growth far below inflation, failed to increase wages with seniority, or have cut wages even in good times. This has triggered resentment, which bubbles over in high inflation periods. This is understandable and needs to be addressed.

This begs the question: Should wages be tied to inflation? And if not, why?

See more: Australia is bringing migrant workers back – but exploitation is still rampant

A wage-price spiral can occur when wage increases trigger inflation. And, then this inflation further triggers wage-price increases. And this happens in a (hypothetically) never-ending cycle.

This occurs for the following reason. Suppose a person’s income increases by $1. Let us think about the impacts: 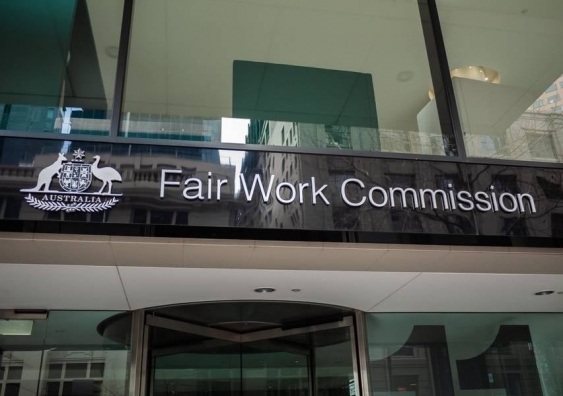 The Fair Work Commission is an independent body that sets the National Minimal Wage, which as of 1 July 2021 is $20.33 per hour or $772.60 per week. Photo: Shutterstock

Now, suppose we are in a simple idealised world. In this simplistic world, people might say “What does it matter if bread increases 10 per cent if my income has also increased 10 per cent”. But the world is not that simple.

To explore the negative impacts, we need to dig deeper. So far, we see greater inflation: People can pay more for goods due to having more money, so demand increases. But, companies have higher input costs, so they charge more. The above two steps will continue for some time. This creates a cycle of inflation. But eventually, this cycle will go off the rails, and here are on-flow long term effects:

Thus, the overall outcome of tying wages to inflation is negative. But this does not solve the problem: real earnings have fallen.

So what then can be done to improve living standards?

There are several solutions that can help to mitigate the demands for, and need for, wages linked to inflation.

1. Prevention is better than cure. Employers can grapple seriously with employees’ wages. In periods of ‘stable’ inflation, wages would move roughly in line with inflation in equilibrium. It is important that employers do not impose a tax on loyal employees who stay with excessively low wage growth. Employers would also do well to invest in productivity gains, whether this is through mechanisation, automation, or upskilling their labour force. Such upskilling should not merely be adding hours to the employee's job – as all too often is the case with workload plans – but should genuinely enable that employee to become more efficient.

Failing to invest in this way will simply cause employees to impose ‘shrinkflation’ on the company. Whereas a loyal or productive employee might have been willing to ‘go above and beyond’ before, in high inflation environments, they will just work to rule and engage in a side hustle. Thus, it is vital that employers do pay employees their market value. Otherwise, those employees will simply leave.

3. Inflation must fall. Central banks should tackle inflation. The root cause of inflation-wage demands is high inflation. Reducing inflation, and inflation expectations are essential. Employees are less likely to push for aggressive wage increases if they believe that inflation will subside. This involves credible signalling. Both the RBA and the Federal Reserve have signalled that future rate increases are on the table.

4. Support employees to upskill. There is no one-size-fits-all answer. The fact that wages can normalise over the next few years does not necessarily help the cost of living pressures now. Where possible, upskilling is the best approach. This creates more demand for your labour both in a strong labour market and a weak one. Warren Buffett has specifically advised us to “be exceptionally good at something”. When people want to hire you, you can demand more money or change jobs.

It is always important to have a buffer ex-ante. A side hustle might work for an efficient office employee who decides to work to rule. It might not be so viable for a manual labourer whose income is tied to hours earned. Nevertheless, focusing on efficient shift management (i.e., penalty rates, less desirable hours) can boost earnings with incrementally less pain.

Switching jobs is an important mechanism. Oft-times, employers impose a “loyalty tax” on employees that stay. At present, unemployment is 4 per cent in Australia. It is below 4 per cent in the US. There are myriad jobs for myriad different types of skills. If you are prepared to leave, you can often obtain a higher wage.

What does this mean for policy? Cost of living pressures is real. And therefore, central banks must control inflation so that living standards do not fall over in the long run. Importantly, central banks have shown they are willing to do this.

Mark Humphery-Jenner is an Associate Professor in the School of Banking & Finance at UNSW Business School. He has been published in leading management journals and his research interests include corporate finance, venture capital and law. For more information please contact A/Prof. Humphery-Jenner directly.