A Senate committee is discussing a bill designed to shore up the independence of the Australian Research Council, after recent high-profile cases of ministers vetoing research grants. 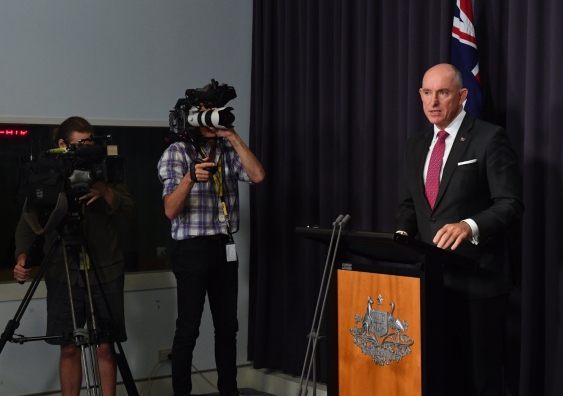 The Senate’s education and employment legislation committee is discussing a Greens bill designed to shore up the independence of the Australian Research Council (ARC).

The inquiry has revealed important questions about research independence, ministerial responsibility for grant programs, and the failures of parliamentary oversight of the spending of public money.

A stoush has emerged over apparently competing principles on the role of ministerial involvement – but there is a better way to do this.

Ministers have vetoed ARC grants before

The ARC’s rigorous peer-review selection process had recommended each grant against established criteria.

The minister vetoed the grants on the basis they “did not demonstrate value for taxpayers’ money nor contribute to the national interest”.

All six were in the humanities, and included grants relating to literary studies, China and climate action.

Ministerial veto power over projects recommended through the ARC process has attracted wide condemnation as the politicisation of academic research in the country.

Academics, writers and public intellectuals have called for the federal government to change the Australian Research Council Act 2001 to remove the minister’s discretionary veto powers and shore up the ARC’s independence.

The bill now before the Senate committee, first introduced in 2018, aims to achieve this.

What does the law currently say?

The Australian Research Council Act 2001 states the minister is responsible for approving research grants. In deciding which proposals to approve

the minister may (but is not required to) rely solely on recommendations made by the CEO [of the ARC].

The minister cannot direct the CEO to recommend particular proposals should be funded, but does retain the power to refuse to fund a recommended proposal.

What about the National Health and Medical Research Council (NHMRC)? Grants from its Medical Research Endowment Account are provided “in such cases and subject to such conditions as the minister, acting on the advice of the CEO, determines”.

The NHMRC says this means the minister retains the ability to “approve some or all or none of the grants recommended by the CEO”. But the wording of the act seems less than clear on this issue.

In any event, there is no record of a minister acting against the advice of the CEO of the NCMRC.

Before the Senate committee, competing views have been expressed about ministerial involvement.

On the one hand, Universities Australia and the Group of Eight Universities are arguing the legislation should enshrine the UK’s Haldane Principle of Research Independence.

This requires that decisions about how governments allocate research funding should be determined by researchers, not politicians.

Parliaments and ministers can retain oversight of the process by setting the selection process and criteria, appointing officers to the ARC and reviewing the final reports.

On the other hand, the Department of Education, Skills and Employment and the Australian Research Council argue the ARC’s decisions are appropriately subject to final approval (or veto) by the minister.

This, they argue, is on the basis it would be improper to bind a minister to exercise a decision-making power in accordance with the views or recommendations of a third party (the ARC).

But we know, of course, that ministerial involvement in decisions about public money is often where a failure of accountability occurs.

The Australian National Audit Office has repeatedly found systemic problems with the way ministerial funding discretion is exercised (including in relation to high-profile scandals around car park grants and sporting grants).

The Audit Office has found ministers are making decisions not necessarily informed by expert opinion, and the reasons for decisions are not recorded and unclear to the parliament.

This could be said to be the case in relation to the recent research funding decisions; the minister’s statement simply repeated the criteria of value for money and contribution to the national interest. It provided no transparency for the reasons behind the decisions.

These recent experiences seriously undermine the claim that retaining a ministerial discretion is the best or only way to achieve “responsibility” for these decisions.

What could an independent and accountable research grant scheme look like?

Unfortunately, the current framework for research funding under the ARC Act (and the NHMRC Act for that matter), guarantees neither research independence nor accountability for public money.

But these principles are not in irreconcilable tension. A balance between independence and accountability is possible.

Parliament and ministers could be involved in setting the criteria and process against which funding is assessed and allocated by the ARC. The act already provides for this.

This should be supplemented by statutory reporting requirements to the minister and parliament. The minister should then allocate funding in accordance with the recommendations of the ARC, following a process and criteria over which he or she – and the parliament – has exercised oversight.

But what role, if any, might exist for a ministerial veto or “backstop”? There is certainly no accountability imperative for it.

Indeed, in its current opaque form it risks adding less accountability, not more.

Why Australia should reform medical negligence