UNSW legal and software engineering experts look at the implications of vaccine passports and the impact on people’s liberty and safety. 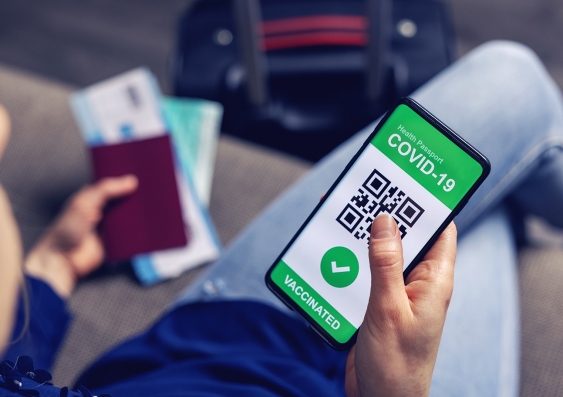 In times of crisis, it is possible to limit human rights to protect goals such as public health and safety, says Professor Justine Nolan, Director of the Australian Human Rights Institute. Image: Shutterstock

Australia might soon be issuing vaccine passports in a bid to restore the economy to some form of pre-pandemic normalcy. Fully vaccinated people will be granted greater freedom of movement, such as entry to restaurants, bars, sports, concerts, and the opportunity to travel. This follows the steps of many European countries and the UK which have introduced vaccine passports to enable vaccinated people to travel freely.

Australia is setting up a mandate where it creates negative consequences for individuals who have not been vaccinated. Under this mandate, it will be up to businesses to decide whether to deny entry to those without proof of a COVID-19 vaccination. SPC and Qantas have already mandated that their employees need to be vaccinated to keep their job.

However, mandates around vaccinations are not new.

But it comes down to context and reasonableness.

“My view is that the federal government should lay down some general standards in this area. I think it's unrealistic to expect every business to make their own separate judgement in light of the basic medical advice, and also their own circumstances, and to get it right. Some will be very risk-averse. And they perhaps will mandate vaccination when they shouldn't,” says Scientia Professor George Williams AO, in a discussion about ‘vaccine passport to freedom’.

“Others won't be risk-averse enough and actually won't go down a path. And as a result, we may expose the community to a greater risk. It's a classic case of needing clear government standards.”

Are vaccine passports an infringement on human rights?

In times of crisis, it is possible to limit human rights to protect goals such as public health and safety, says Prof. Nolan.

“However, when rights are restricted, the onus is on the government to demonstrably justify every restriction including showing there are no less restrictive means to achieve a legitimate purpose. But in these circumstances, it is possible to restrict entry to specific venues based on public health. 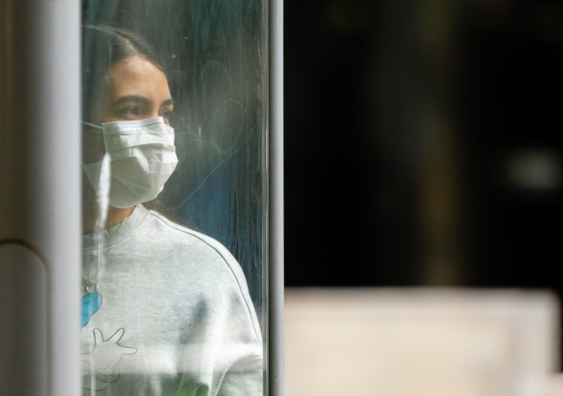 As Australia does not currently have a National Human Rights Act, restrictions on rights cannot be readily appealed. Image: Shutterstock

“The government has provided itself with broad powers under the Biosecurity Act of 2015 to deal with COVID-19 – which is classified as a ‘human biosecurity emergency’.”

Once this is activated, the Health Minister can make any determination and can override any other law in the country, including rules by Parliament.

However, having a national Human Rights Act is not the perfect solution.

“It wouldn't be perfect, but I think it would be a really useful tool in helping us better answer some of these questions such as, what does safety mean?" says Prof. Williams. "What do we do in the workplace? How do we deal with conscientious objectors? What do we do about people who can't have a vaccination? And how do we weigh up the different interests of those people?

"And in the absence of international human rights mechanisms having any real bite in Australia, I think it's a problem that we don't have a domestic set of values that help us ensure that our politicians make the right decisions on our behalf."

Currently, the government’s recommended way to prove a person’s vaccination is through a digital certificate accessed through the Medicare portal. But once someone’s vaccination credentials are digitalised, what does that means for their privacy?

UNSW data privacy expert Dr Helen Paik from UNSW Computer Science and Engineering, says the lack of measures in place to secure the privacy of the certificate holder means they could be easily forged.

“At the moment, the certificates are essentially glorified PDF documents,” she says. 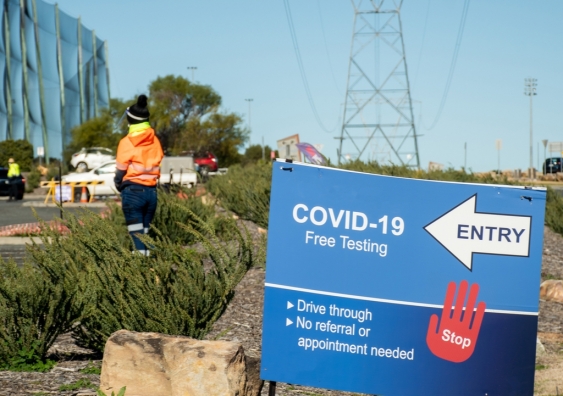 “We’ve already seen instances where counterfeited certificates with another person’s name and details can be easily made due to security flaws in the system," Dr Helen Paik says.

“Beyond that, the certificates include information such as your full name, date of birth and even which vaccine you had. We are unnecessarily disclosing private details about ourselves to individuals and businesses when all they really need to verify is proof of vaccination – and nothing more.”

Dr Paik says verifying a person’s digital signature through QR codes, like the ones used in the European Union, could be one way to help protect their privacy. The design means users only need to produce the QR code on their certificate without revealing any other personal details.

“For instance, let’s say you need to prove your vaccination to board a domestic flight. The airline scans the QR code on your vaccination certificate and this request is sent to the governing authority who verifies the information requested and sends it back to the verifier,” she says.

“This is one way we can reduce the potential risk of scammers who could try to capture your personal details for illegal purposes.

“Another alternative is to potentially use blockchain, a highly secure decentralised database service, making it very difficult to hack – and forge.

“Whatever security systems we use, it’s important to minimise our exposure from the start. In a digitalised world, once our information is out there, you can’t get it back.”

Can vaccine passports be discriminatory?

“We first need to assess what is reasonable,” Prof. Nolan says. “Providing people with incentives to get vaccinated by allowing them to access travel or attend a concert can be justified based on public health but this needs to be assessed in the broader context, i.e., does everyone first have access to a vaccine. Without such access the restriction may not be reasonable.”

However, those who are not tech-savvy and cannot speak fluent English might be at a disadvantage. This month, the ABC reported that the government’s own translated vaccination information was nearly eight weeks out of date.

“Communication is a key aspect in ensuring widespread take-up of vaccines. To-date there have been multiple stumbles in communicating who, how and where people can get vaccinated. Efforts in Sydney’s southwest and west to do broader outreach, involve local community leaders and involve local pharmacies in vaccine distribution, are critical to broader uptake but this issue applies across Australia.

"There needs to be clearer and more effective message about the availability, safety and need for increased vaccination uptake,” Prof. Nolan says. 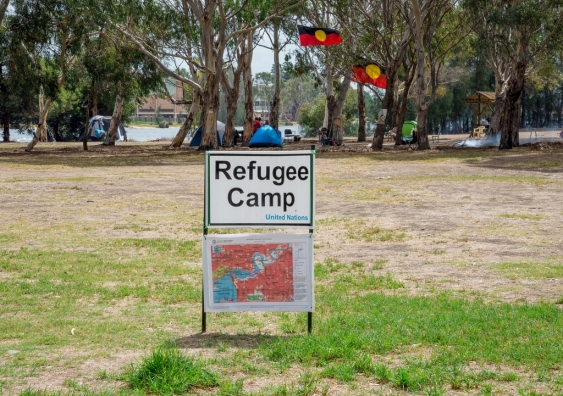 As a result of poor communication, vulnerable people such as refugees and asylum seekers run the risk of being overlooked. Image: Shutterstock

"Australia, unlike some other countries, has included access to vaccines for groups such as refugees or international students or foreign workers," says Professor Sarah Williams in the "vaccine passports to freedom" webinar.

“All those present in Australia should be provided access to a vaccine regardless of immigration status. And there should be an amnesty on visa checks to encourage all people to come forward to get the vaccine. This applies not only to those seeking asylum but also migrant workers who may have overstayed their visa,” Prof. Nolan says.

Can states mandate that anyone coming from NSW have at least one dose of a vaccine? Is this legal?

“In theory, the federal government can overturn any of the border closures if it wants to do so using the Biosecurity Act,” says Prof. Williams in a discussion about vaccine passports to freedom.

“It could impose a new national set of standards around hotspots and the like. And essentially, it could dismantle the state-based approach and the border-based approach for a national approach that ignores borders and favours of community and health-based advice. But of course, there isn't the will to do that at the federal level, because the political consequences would be very large.

“In terms of the legalities of it – [businessman and former political candidate] Clive Palmer had a go with this last year in the High Court. He argued that the WA border closure was unconstitutional, evidence was taken, and the High Court rejected his challenge. And it did so because it found there was enough evidence to say this was serving a public health need. And that trumped the normal idea of our borders being open, and people being absolutely free to travel around the country.

“It's the pragmatic and political reality, that when you deal with a crisis of this kind, it's the states that pull most of the levers politically and operationally. And that's why there are inconsistencies because the political opportunities differ across the country,” Prof. Williams says.