The 2018 Australian Mental Health Prize was launched today at UNSW, with nominations open for those making outstanding contributions to either the promotion of mental health or the prevention and treatment of mental illness. 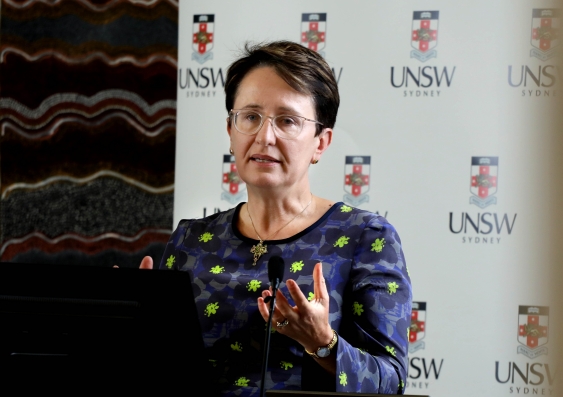 Mrs Brogden, a psychologist and advocate for mental health support in the workplace and community, recently joined the Prize Advisory Committee. The Prize, now in its third year, was established by UNSW through its School of Psychiatry, Australia’s pre-eminent psychiatric research department.

“I am proud to be part of this year’s search to recognise Australians who have made outstanding contributions to either the promotion of mental health or the prevention and treatment of mental illness in areas such as advocacy, research or service,” said Mrs Brogden, who brings professional and personal experience to her role.

“As many people know, I have personal experience with a family member with mental illness, and throughout the journey, I have seen a strong culture of continuing improvement in mental health services across Australia.

“People can have confidence in the mental health system. There are so many dedicated staff and volunteers who work hard every day delivering high quality services that make a difference to people’s lives,” Mrs Brogden said. “I’d like Australians to recognise their work. This is why I strongly encourage people to nominate these unsung individuals.

“I also want to encourage people to consider looking for a job in mental health and to realise what a valuable career choice it is. Caring for someone with a mental illness can be very rewarding.” 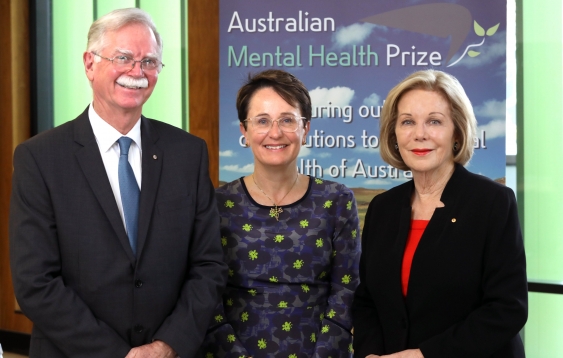 Mrs Brogden’s husband John, a former leader of the NSW Liberal Party and current chairman of Lifeline Australia, has long spoken about his battles with mental illness. “I know how vital it is that people know they do not need to go it alone,” said Mrs Brogden. “Care can begin with a single conversation. However, many of those in need don’t realise they have a wide range of services available that deliver a high standard of care for them when they are at a vulnerable period in their life.”

UNSW established the Prize in 2016,​ with finalists and winners announced in October. Scientia Professor Philip Mitchell, Head of the School of Psychiatry, said the Prize was established to acknowledge those who were doing innovative work in this area, whether they were involved in the industry as a vocation or were advocates because they had been touched by mental illness.

“Anyone who knows of such a person would no doubt appreciate their achievements, but I would encourage them to take it one step further and nominate them for the Australian Mental Health Prize. This allows us all to recognise their work and dedication,” said Professor Mitchell.

One of the biggest challenges Mrs Brogden sees is to reduce the stigma around mental illness.

“Stigma stops many people from seeking help,” she said. “I’d like to see an end to this. Addressing misconceptions and discrimination related to mental illness is vital because an astonishingly large number Australian adults will experience a mental illness at some point in their lifetime.” 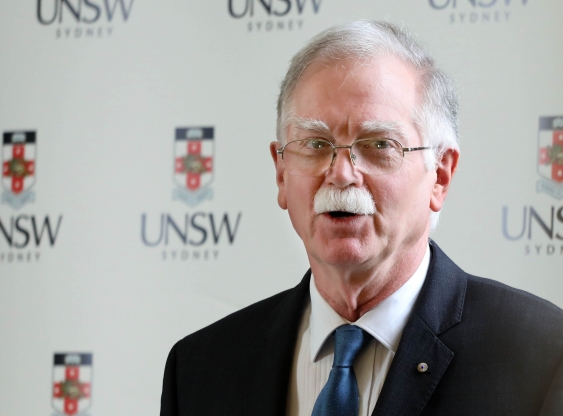 Ita Buttrose, Chair of the Australian Mental Health Prize Advisory Board, said there are hundreds, if not thousands of people in our community who deserve recognition. “They may be working within the industry, as last year’s co-winner Professor Allan Fels is, or have become a tireless advocate because of personal experience of living with a mental illness, like the 2018 co-winner, Janet Meagher,” she said. “We urge people who know someone making a significant contribution in this field to nominate them.

“One in three Australians will experience a mental health issue, but those affected by mental illness include everyone in the orbit of an individual – those in their home life, work environment and their general support network. This means there are many millions of Australians touched by mental health issues. Acknowledging those who work or volunteer in the industry is an important part of the process to destigmatising mental illness.”

Last year the prize was awarded to joint winners: Janet Meagher, a champion for the rights of people with mental health issues, and Professor Allan Fels, Chairman of the National Mental Health Commission.

To enter, nominees must provide a CV and 200 words outlining the work being undertaken and how it is making an impact. Nomination forms can be obtained from: http://australianmentalhealthprize.org.au.

Entries close on 7 September, 2018. Six finalists will be chosen with the winner announced in October.