New research estimates proportion of the adult population in Australia with evidence of past infection following the Omicron wave. 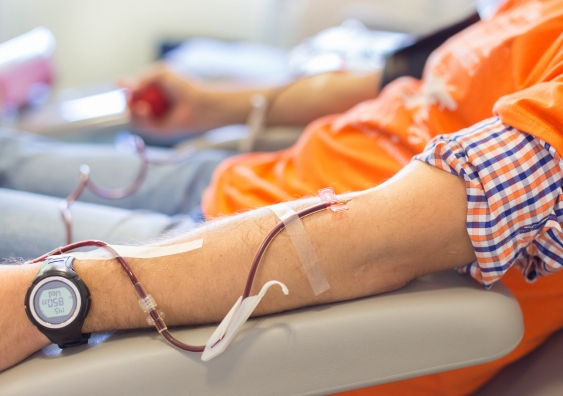 The most recent serosurvey of antibodies to the SARS-CoV-2 virus in blood donors estimates a higher occurrence of COVID-19 cases than reported. Photo: Shutterstock.

It is estimated that by the end of February 2022 at least 17 per cent of the Australian adult population will have been infected with SARS-CoV-2, the virus that causes COVID-19, according to results released today from Australia’s most recent serosurvey of antibodies to the virus in blood donors. The vast majority of these infections are believed to have occurred during the Omicron wave which began in December 2021. Based on survey results, the proportion of people infected was at least twice as high as indicated by cases reported to authorities by the end of February 2022.

The serosurvey was conducted by the National Centre for Immunisation Research and Surveillance (NCIRS) and the Kirby Institute at UNSW Sydney in collaboration with Red Cross Lifeblood, Victorian Infectious Diseases Reference Laboratory and other research partners.

The highest proportion of adults with antibodies to SARS-CoV-2 was in Queensland (26 per cent), followed by Victoria (23 per cent) and NSW (21 per cent), while WA had the lowest (0.5 per cent).

The survey followed the peak of the Omicron wave

The serosurvey method detects higher proportions of infection than routine surveillance based on cases diagnosed and reported at the time of infection, which misses people who didn’t present for a test, or whose positive test result was not reported to authorities.

The national antibody survey was conducted in late February to early March 2022, approximately six weeks after the peak of the Omicron wave in NSW, ACT, Queensland and Victoria and prior to substantial transmission in Western Australia.

Read more: How many Australians have had COVID-19?

“The general pattern of antibody positivity in blood donors was consistent with the pattern in reported cases to the end of February 2022 – NSW, Victoria and Queensland having had big outbreaks, and WA having very limited community transmission,” says Dr Dorothy Machalek, lead investigator on the project from the Kirby Institute. “Similarly, young blood donors had the highest rate of infection, matching higher reported case numbers in this age group.”

Researchers examined 5185 de-identified samples from Australian blood donors aged 18–89 years for evidence of COVID-19-related antibodies. Two types of antibody to SAR-CoV-2 were tested: antibody to the nucleocapsid protein provides an indication of past infection, while antibody to the spike protein can indicate past infection and/or vaccination.

Evidence of past infection was highest among donors aged 18–29 years at 27.2 per cent, declining with increasing age to 6.4 per cent in donors aged 70–89 years across Victoria, NSW and Queensland. In WA, evidence of recent infection was extremely low across all age-groups. Nationally, the proportion of the population with antibody to the spike protein was far higher, at around 98 per cent.

“As expected, a very high proportion of the blood donors had antibody to the spike protein of the COVID-19 virus, with little variation by age group and sex. This was likely because of high vaccination rates among blood donors, as well as in the wider population,” says Professor Kristine Macartney, Director of NCIRS and Professor at the University of Sydney.

“Future rounds of the blood donor serosurvey will allow us to understand how many infections occur throughout 2022,” Prof. Macartney says. “We are also conducting a second national paediatric serosurvey that started collection in June, and this will give us better insights into transmission in children and teenagers.”

The residual blood donation samples used in the survey were obtained from Lifeblood’s processing centres across the country and are delinked from any identifying information apart from age, sex and postcode. Individual results cannot, therefore, be provided back to blood donors.

The next round of the Lifeblood donor survey commenced in mid-June. This time point will estimate SARS-CoV-2 antibody prevalence following the spread of the Omicron BA.2 and other subvariants. Data is provided to all state and territory governments and the Commonwealth Government under the Australian National Disease Surveillance Plan for COVID-19.

Declaration: This study has been published in an online report by the researchers. It has not undergone academic peer-review; changes may be made before final publication.

This research was funded by the SNOW Medical Foundation and the Australian Government Department of Health. Australian governments fund Australian Red Cross Lifeblood for the provision of blood, blood products and services to the Australian community