Off-earth mining will be crucial if the dream of building cities in space is to become a reality. 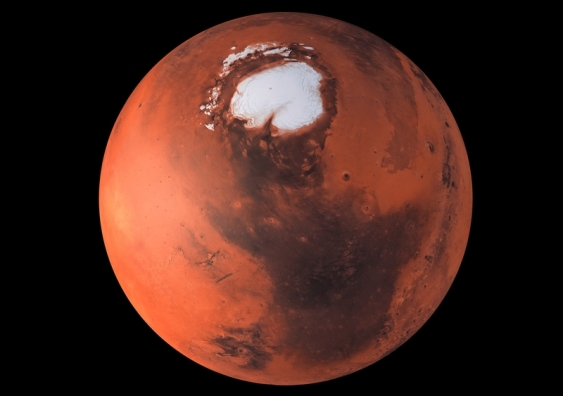 Mining the icy regions of Mars would provide vital water for humans potentially living on the planet. Image from Shutterstock.

Off-earth mining may once have been purely the stuff of science fiction, but now it’s potentially a US$1 trillion industry that is likely to be vital if humans are serious about colonising Mars or the Moon.

Sustaining life on other planetary bodies will almost certainly require the use of in-situ resources which currently remain untapped.

UNSW experts – Professor Andrew Dempster and Professor Serkan Saydam, the director and deputy director of the Australian Centre for Space Engineering Research (ACSER) – say the challenges posed by mining such materials in space are enormous.

Robotics may be the answer, but even terrestrial mining systems are not yet fully autonomous, so new technologies will need to be developed. And collaborative approaches between companies and governments, and between global governments, are also vitally important.

UNSW is leading the way in terms of off-earth mining research and here Prof. Dempster and Prof. Saydam explain just why it is so crucial.

Why is off-earth mining important?

The traditional answer is that if we are going to populate the Moon, or Mars, then we need to use the resources that exist there. The reason being that using local resources has widely been expected to be much cheaper than transporting material all the way from Earth on rockets.

However, launch costs have been dropping rapidly over time, so there needs to be a continual assessment of the financial viability of off-earth mining.

What materials are most important to produce via off-earth mining?

Water is the most important material for a number of reasons.

The first is that water can be broken down into hydrogen and oxygen via electrolysis – with the hydrogen then available to be used as a fuel.

Water would also be vital as a resource in itself for people living on the Moon or Mars, to drink and also help with potentially growing crops of food.

Another very useful material to utilise is regolith, the name given to loose deposits of dust and small rocks on the surface of the planetary bodies.

These could be used as a cement material to build shelters for people living there. It is proposed that understanding the regolith characteristics could help turn lava tubes – hollow voids and caves on the surface – into hospitable human habitats.

These would provide protection from cosmic and solar radiation, and reduce exposure to extreme hot or cold temperatures, in much the same way as the cave dwellings at Coober Pedy.

See more: Humans have big plans for mining in space – but there are many things holding us back 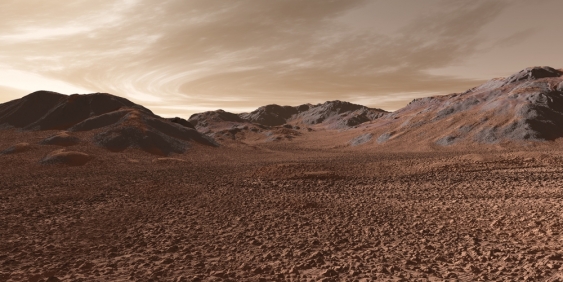 Regolith is the name given to loose deposits of dust and small rocks on the surface of the planetary bodies, such as here on Mars. Image from Shutterstock.

How easy it is to use regolith?

The first question to answer is what exactly are the characteristics of the regolith on the Moon and Mars? What are the physics of the rocks and how can it be processed?

UNSW has received funding for a project that includes a dirty thermal vacuum chamber, which will provide the best environment in Australia to test the characteristics of such regolith.

How easy is it to find water and other material under the surface of the Moon and Mars?

Big questions still remain about how much water – in the form of ice – there is under the surface, and where exactly it is located.

So the first task is to analyse where the ice is in order to then be able to mine it.

Mining water will create an infrastructure which can then be used to properly investigate other extractive materials, such as minerals and rare-earth elements, including yttrium, lanthanum and helium-3.

Depending on the economics, these rare-earth elements could then be transported back to Earth where they are already being used in the motors of electric vehicles, and also in the generators used for wind turbines.

What about mining asteroids – what are the benefits?

Research has shown that asteroids are much more concentrated in terms of the minerals they have available.

One 2km-wide asteroid which was analysed indicated it contained more nickel than was present on the whole of the earth – and different asteroids are predicted to have different elements in very large quantities.

Small asteroids may also be relatively easy to grab from space and then transport to Earth, or direct for mining on Mars or the Moon. 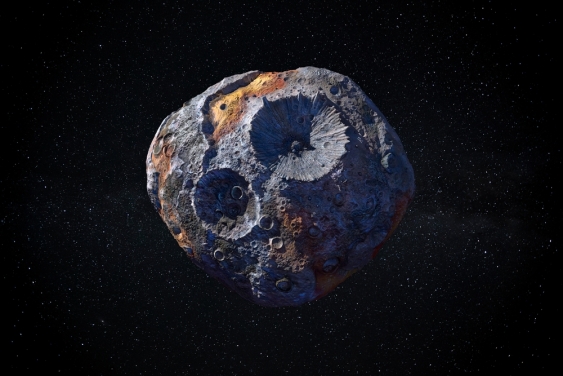 16 Psyche is a giant metal-rich asteroid targeted for future exploration by NASA. Image from Shutterstock.

What are the current barriers to off-earth mining?

Mining on the surface of the Moon or Mars will almost certainly need to be purely robotic, and wholly automated mining is not even currently possible on Earth, so significant developments will need to be made before that is possible.

One solution could be to implement remote operation of the machinery, by a human on the lunar base for example, or even back on Earth. This type of mining is already happening to a certain level in locations such as the Pilbara in Western Australia.

It is also expensive to transport large mining equipment into space, so smaller machinery will likely need to be used, which in turn will need to be much more precise in excavating the material.

These smaller machines will also need to have more power than is currently required on Earth in order to break the rocks. 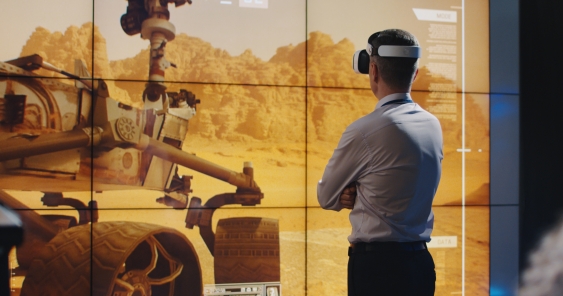 Remote control of mining equipment on Mars or the Moon could be possible in the future. Image from Shutterstock.

How important is sustainability?

Environmental impacts on the Moon and Mars are just as important as those on Earth, and many believe it is important not to export current ‘bad’ practices to far-distant locations where at least they cannot be seen.

Research is already being done to help ensure that off-earth mining is ethical, as well as sustainable, especially given the fact there is no authority currently in place to police off-earth explorations.

When can we expect off-earth mining to be a reality?

Just 10 years ago the concept of off-earth mining was still completely new, but the rate of growth in terms of research and development has been significant.

Experts believe that off-earth mining, and potential subsequent colonisation of the Moon and Mars, are indeed realistic within the next 30 years.

ACSER and the UNSW School of Minerals and Energy Resources Engineering will host the fifth biannual Off-Earth Mining Forum on May 18/19, with Prof. Dempster and Prof. Saydam co-chairing the event.