Opinion The east coast rain seems endless. Where is all the water coming from?

By following moisture from the oceans to the land, researchers worked out exactly how three oceans conspire to deliver deluges of rain to eastern Australia. 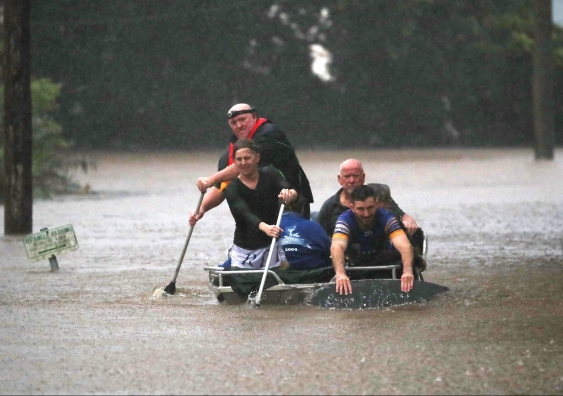 At any one time, Earth’s atmosphere holds only about a week’s worth of rain. But rainfall and floods have devastated Australia’s eastern regions for weeks and more heavy rain is forecast. So where’s all this water coming from?

We recently investigated the physical processes driving rainfall in eastern Australia. By following moisture from the oceans to the land, we worked out exactly how three oceans feed water to the atmosphere, conspiring to deliver deluges of rain similar to what we’re seeing now.

Such research is important. A better understanding of how water moves through the atmosphere is vital to more accurately forecast severe weather and help communities prepare.

The task takes on greater urgency under climate change, when heavy rainfall and other weather extremes are expected to become more frequent and violent. 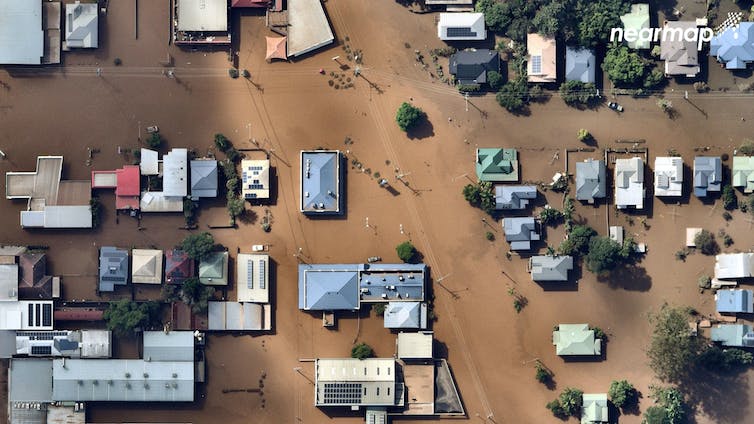 The past few months in eastern Australia have been very wet, including the rainiest November on record.

Then in February, heavy rain fell on already saturated catchments. In fact, parts of Australia received more than triple the rain expected at this time of year.

So what’s going on?

In the theatre that is Australia’s rainfall, there are some big actors – the so-called climate oscillations. They’re officially known as:

Like swings in a character’s mood, each climate mode has positive, negative and neutral phases. Each affect Australia’s weather in different ways. 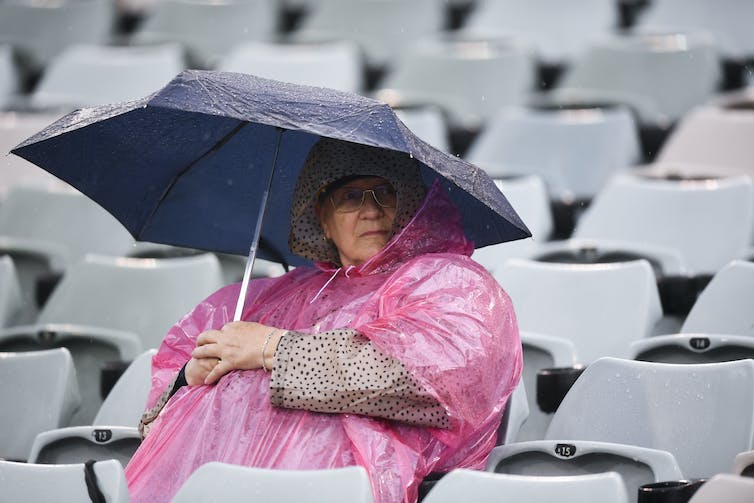 We studied what happens to the moisture supplying eastern Australian rainfall when these climate drivers are in their wet and dry phases.

We used a sophisticated model to trace moisture backwards in time: from where it fell as rain, back through the atmosphere to where it evaporated from.

This research was part of a broader study into where Australia’s rain comes from, and what changes moisture supply during both drought and heavy rain. 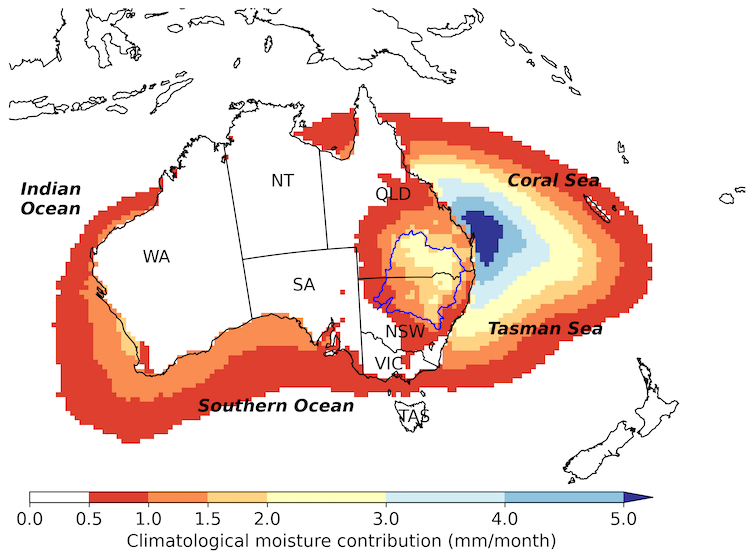 But interestingly, some water comes from as far as the Southern and Indian oceans, and some originates from nearby land areas, such as forests, bare soils, lakes and rivers.

Natural processes can alter the typical supply of moisture to the atmosphere, causing either droughts or floods.

Our research shows of all possible combinations of climate oscillations, a La Niña and a positive SAM phase occurring together has the biggest effect on eastern Australian rainfall. That combination is happening right now.

During La Niña, more moisture is transported from the ocean to the atmosphere over land and is more easily converted to rainfall when it arrives.

During the positive SAM, the usual westerly winds shift southward, allowing moisture-laden winds from the east to flow into eastern Australia.

Our research focused on winter and spring. However, we expect the current rainfall is the result of the same combined effect of the two climate oscillations.

The Indian Ocean Dipole is not active at this time of the year. But it was in a weak negative phase last spring, which tends to bring wetter-than-normal conditions. 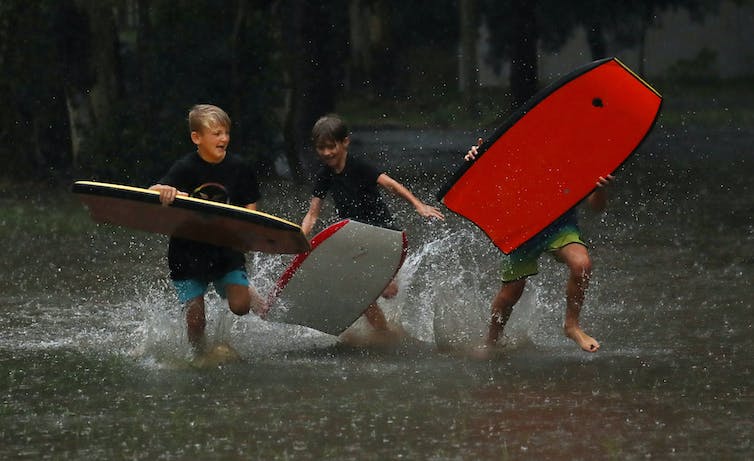 Most rain falling on eastern Australia comes from moisture evaporated from a nearby ocean. Photo: Jason O'Brien

Under climate change, extreme La Niña and El Niño events, and weather systems like those causing the current floods, are expected to worsen. So reducing greenhouse gas emissions is crucial.

The current La Niña event is past its peak and is predicted to dissipate in autumn. But because our catchments are so full of water, we still need to be on alert for extreme weather.

The current devastating floods are a sobering lesson for the future. They show the urgent need to understand and predict extreme events, so communities can get ready for them.