Small native mammals eat more plant seeds than had been realised, and their loss to predators such as foxes and feral cats has likely caused significant changes to vegetation in outback Australia. 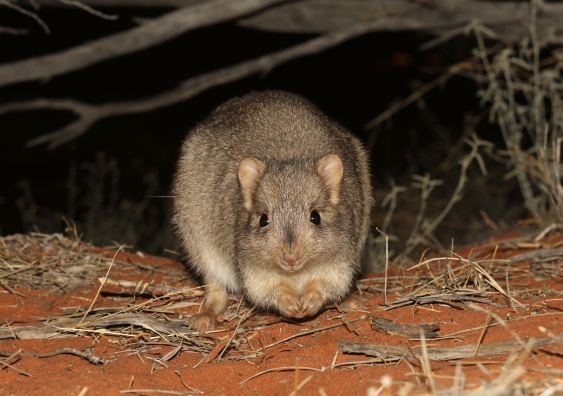 Small native mammals including bettongs are much bigger consumers of plant seeds than had been realised, and their loss due to predation by foxes and feral cats has likely caused significant changes to vegetation in outback Australia, UNSW Sydney research shows.

“Our findings overturn the long-standing view that ants are the most important species when it comes to eating and removing seeds in the Australian desert,” says study senior author and UNSW scientist Associate Professor Mike Letnic.

“We are only now beginning to appreciate the vital ecological role small mammals once fulfilled in the Australian landscape. This new knowledge reinforces the importance of rewilding projects.

“Re-establishing populations of locally extinct mammals is not just good for those species; it is good for the environment and can help restore arid lands.”

The study is published in the journal Functional Ecology. It was conducted in central Australia at two desert sites where small native mammals have been re-introduced into predator-free exclosures – the Arid Recovery Reserve in South Australia and the Scotia Wildlife Sanctuary in south-western NSW.

“We carried out a cafeteria experiment, where we set out trays of native shrub seeds that only mammals or ants could access,” says study first author and UNSW Science PhD candidate Charlotte Mills.

“We compared seed removal rates in rewilded areas with those outside the predator-proof fences, where few native mammals live. Up to eight times more seed was taken from the trays in the rewilded areas.”

Photographs and other evidence such as footprints and droppings confirmed that mammals were active around the seed trays. Surveys also revealed there were fewer woody shrub seedlings in rewilded areas compared with areas outside the exclosures.

“These results show that mammals are important predators of seeds and their re-introduction has helped restore the landscape and helped prevent the encroachment of woody shrubs,” says Associate Professor Letnic.

The dramatic increase in the spread of unpalatable woody shrubs in recent decades is regarded as a major problem by farmers and conservationists, despite the plants being natives.

Many rewilding projects globally have focussed on the re-introduction of charismatic large animals, such as wolves and bears. But the Australian research shows that reintroducing the missing small animals which breed in large numbers can have a high impact and help restore ecosystems.

This will be a key aim of the Wild Deserts project to reintroduce native mammals to Sturt National Park in north western NSW, launched by the NSW Environment Minister Gabrielle Upton in September.

Wild Deserts is a partnership between The NSW Office of Environment and Heritage, UNSW and Ecological Horizon, in collaboration with Taronga Conservation Society Australia.