Opinion Aus-NZ refugee deal is a bandage on a failed policy. It's time to end offshore processing

Offshore processing is a failed policy that continues to haemorrhage cash, destroy lives and erode the international system for refugee protection. 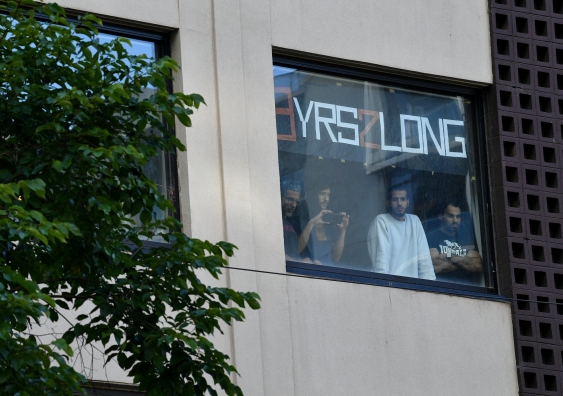 Under the agreement, New Zealand will settle up to 150 of Australia’s “offshore processing” refugees per year for three years. Photo: James Ross/AAP.

Australia has finally accepted New Zealand’s offer to settle some of the refugees from the offshore processing regime – about nine years after it was first made in 2013.

The NZ deal will provide certainty for 450 people who have been in limbo, many for more than a decade.

But in the March 24 announcement, Home Affairs Minister Karen Andrews made clear the deal does not change Australia’s hard-line approach.

This makes the deal a bandage on a failed policy that continues to haemorrhage cash, destroy lives and erode the international system for refugee protection.

The original offer, made by the then NZ Prime Minister John Key in 2013, was refused by the Australian government until now. The Coalition government claimed the deal could be a “pull factor” for asylum seekers coming by boat to Australia.

The deal can include the 112 people who are in Nauru or those temporarily in Australia under offshore processing arrangements.

Some 1,100 people have been returned temporarily to Australia, mostly for medical treatment. They mostly live in the community with no support and insecure visa status but some remain in detention.

Those already being considered for settlement to another country, such as the United States or Canada, aren’t eligible for the NZ program.

More than 100 men who remain in Papua New Guinea aren’t included in this deal.

Under current known arrangements, people remaining in PNG could be referred by the United Nations High Commissioner for Refugees to NZ through its regular refugee programme.

Even after the NZ and US options are exhausted, it’s estimated at least 500 refugees will be without a solution.

And they’re not the only ones. There are some 30,000 people in what’s called the “legacy caseload” who arrived by sea between 2012 and 2014 and weren’t transferred to Nauru and PNG. They remain in Australia subject to harmful measures. They’re stuck in limbo on temporary visas, unable to reunify with family members, and receive inadequate support to secure housing or health care.

Australia has primary responsibility for refugees who seek its protection. The Australian government has repeatedly tried and failed to find countries willing to settle refugees it refuses to protect. It reportedly offered multiple countries, from the Philippines to Kyrgyzstan, millions of dollars to settle refugees from Australia’s offshore camps – without success.

Resettlement to a third country is an important solution, available to less than 1 per cent of refugees globally whose lives, liberty, safety, health or other fundamental rights are at risk in the country where they have sought refuge. This isn’t the case for refugees seeking asylum in Australia, where there’s a well-established asylum system.

It’s difficult to think of the NZ solution as “resettlement” in its true meaning.

Resettlement places are important to relieve pressure on developing countries that host almost 90 per cent of the world’s refugees. Conflicts in Syria, Yemen, Myanmar, South Sudan, Afghanistan, plus now Russia’s invasion of Ukraine, have created a need for resettlement in a third country for almost 1.5 million refugees worldwide. Resettlement has been disrupted over the last two years due to COVID, leaving even more people in urgent need.

Under these extraordinary “refugee deals” with the US and NZ, the Australian government is trying to solve a political problem of its own making at the expense of people in desperate need.

Like Australia, the US and NZ offer only a limited number of resettlement spots each year. When these spots go to Australia’s refugees, who are Australia’s responsibility, someone else misses out.

This is Australia’s second go at offshore processing. Its first iteration, the “Pacific Solution”, lasted from 2001 until 2008. The second commenced in 2012 and continues.

This is despite a dramatic drop in the number of people held in Nauru and PNG. At the peak in April 2014, Australia detained a total of 2,450 people. By December 2021, there were 219 people remaining offshore in Nauru and PNG.

People transferred to Manus Island and Nauru suffered mandatory and indefinite detention in harsh conditions. Their treatment has been called out by the United Nations repeatedly as cruel and inhuman and described by Amnesty International as torture.

The abuse of men, women and children in offshore processing centres has been thoroughly documented in a communiqué to the International Criminal Court, parliamentary inquiries and domestic legal challenges.

Australia’s offshore processing sets a bad regional precedent for refugee protection in Southeast Asia and beyond.

The policy objective of using cruelty as a deterrent to “stop the boats” and “save lives at sea” didn’t work. If boats didn’t arrive, this was due to Australia’s interception and turnback of boats at sea.

Refugee policy can be principled and driven by compassion while protecting borders and respecting international law.

Australia should formally end offshore processing. The small number of people still held offshore in Nauru and PNG should be transferred back to Australia.

Everyone who has been subject to the policy since 2012 who doesn’t have a permanent solution could be offered settlement in Australia. This occurred in the first iteration of offshore processing and could happen again.

Money and lives can be saved.