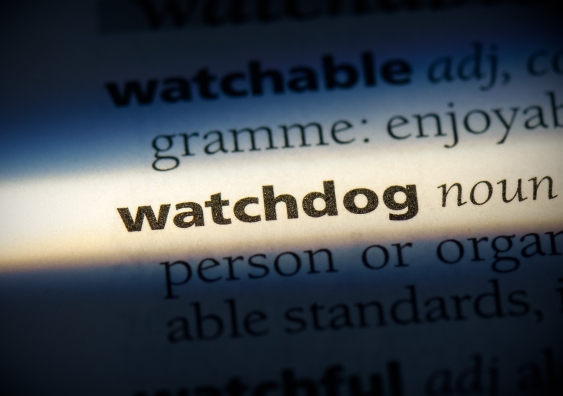 There have been renewed calls for a national anti-corruption watchdog in Australia. (Photo: Shutterstock)

“I say they are rubbish reasons because it just means they reduce the number of people who are involved in that agency or department,” says Dr Rolfe, a political expert from UNSW Arts & Social Sciences.

He cites ‘efficiency dividends’ as one of their main excuses for cutting funds to anti-corruption authorities.

The ANAO — responsible for exposing the sports rorts scandal involving former Liberal MP Bridget McKenzie — has had $14 million cut from its operations in the 2020 federal budget.

And ICAC is being expected to make nearly $8.5 million in savings in the nine years to 2029. In 2019, ICAC Commissioner Peter Hall told a parliamentary inquiry that the state watchdog would have to let frontline staff go as a result of the $673,000 in cuts forecast in the first round beginning in 2020.

Dr Rolfe says for ICAC and the ANAO, budget cuts mean reduced numbers of people to “go ferreting around” in places to expose political corruption.

ICAC’s most recent high-profile political case investigated the business dealings of former Liberal Party MP Daryl Maguire. Mr Maguire has admitted to using his parliamentary position for personal gain, including an illegal cash-for-visa scheme.  ICAC has not yet set a date for the final report but it will be delivered “in due course”, a spokesperson says. 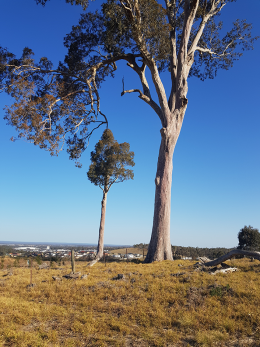 The government has been buying up land in Badgerys Creek in Western Sydney where the city's second airport is being constructed ahead of its scheduled completion date in 2026. (Photo: Shutterstock)

It is an investigation that heard evidence from NSW Premier Gladys Berejiklian, after transcripts of phone calls forced her to admit the pair had been in a “close personal relationship”.

Ms Berejiklian has said she was unaware of Mr Maguire’s business dealings.

Dr Rolfe says he will be surprised if NSW Treasurer Dominic Perrottet announces further funding cuts for ICAC in the upcoming NSW budget. The UNSW politics lecturer says it would be too close to the recent inquiry involving party members Mr Maguire and Ms Berejiklian. “I don't think that'd be good publicity for the state Liberal party,” Dr Rolfe says. “But funding cuts might happen later on.”

In an unrelated inquiry, the Australian Federal Police is investigating an ANAO report that found land in Badgerys Creek valued at $3 million was sold to the government for $30 million.

And among other political investigations, in 2017 ICAC found former Labor ministers Eddie Obeid, Tony Kelly and Joe Tripodi had engaged in serious corrupt conduct over such dealings as the push for a public-private contract with the Australian Water Holdings company.

The need for a national independent watchdog

Dr Rolfe says Australia needs an independent national watchdog like ICAC because there are likely to be “plenty more Maguires” sitting on federal parliamentary backbenches.

He has also dismissed as “a joke” the Morrison government’s plan for a national integrity commission.

“It’s not going to be looking at politicians or at the relations of ministers and departments, which is what the current ICAC does,” he says.

The federal government’s proposed Commonwealth Integrity Commission (CIC) would have two ‘integrity divisions’: one for the police force, and the other for public servants.

The Public Service Integrity Division (PSID) is unlikely to have public hearings, investigations would be limited to criminal conduct rather than ‘corruption at large’, and whistle-blower protections are also unlikely.

“The commission proposal came out in late 2018, in advance of the federal election,” Dr Rolfe says. “And it’s been slow ever since [the election in May 2019]. So it was only advanced then for publicity purposes by [Prime Minister] Scott Morrison.”

“It’s not going to be looking at politicians or at the relations of ministers and departments, which is what the current ICAC does" — Dr Rolfe.

Federal Attorney-General Christian Porter said this year that the draft bill for the CIC was ready for release but had been put on hold while the government focused on COVID-19.

But Dr Rolfe says the federal government had all of 2019 to get the draft legislation for a national integrity commission on corruption up and running.

“We now get these excuses from Christian Porter that we're busy with coronavirus – as if a government can’t do more than one thing at a time,” Dr Rolfe says.

“But I don't think Morrison wants a federal ICAC looking under all the rocks and stones and discovering things under there that might damage his government.

“So I doubt anything serious will come from the integrity commission. If it ever gets to parliamentary legislation, it will be opposed by Labor and Greens who won't take it seriously.”

A watchdog barking at defence

Dr Rolfe says any national anti-corruption watchdog should be empowered to look into departments such as Defence.

“They’re spending tens of billions of dollars on submarines, the F-35s, on new frigates, and a lot of the time we don’t know what the workings are of the funding and supplies,” he says.

“So I think there's a great deal of room there for investigation, which is also why the government doesn't want it.”

Towards an independent ICAC funding model

Dr Rolfe says all state, territory and national watchdogs should be funded by the recent model proposed by ICAC in order to limit budget cuts by government.

“A way of dealing with taxpayers' money is by getting it out of the reach of politicians,” Dr Rolfe says.

“So that is by setting up a funding model that assures those so-called ‘efficiency dividends’ are not applied to the Audit Office, ICAC or any other oversight body such as the Ombudsman office.” 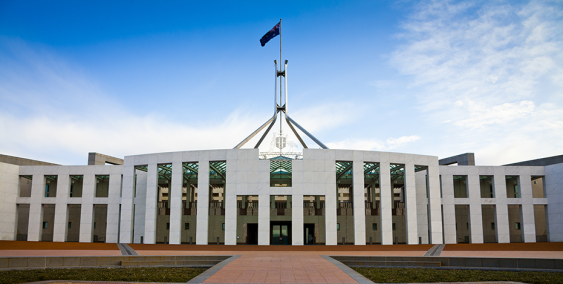 Could there be corruption in the halls of Australia's Federal Parliament? (Photo: Shutterstock)

He says the ICAC funding model would have an independent budget assessor nominated by a panel of two, consisting of either the Ombudsman, the chair of the Independent Pricing and Regulatory Tribunal and an information assessor.

The nominees, he says, would then take their proposed ICAC budget to the NSW Parliament “because Parliament is the body that authorises the spending of money”.

The budget would then be put to the presiding officers; the speaker and the president of the two houses, he says.

“It is like an independent arbitrator model,” he says. “So that would be one way of being able to properly assess a budget and to remove it from political interference.”