The Kurdish-Iranian refugee and award-winning writer will contribute to the Forced Migration Research Network at UNSW Sydney through seminars and workshops. 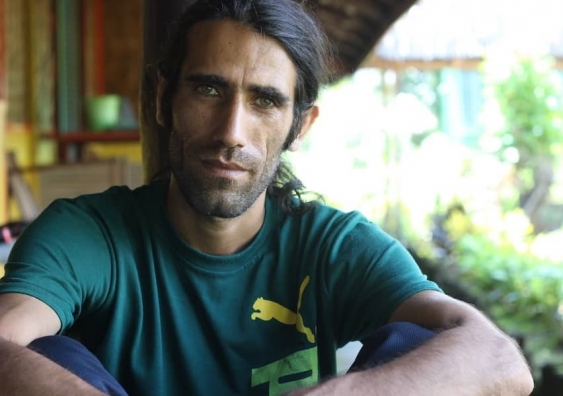 Kurdish-Iranian refugee and award-winning writer Behrouz Boochani has been appointed adjunct associate professor in the Faculty of Arts & Social Sciences at UNSW Sydney. The appointment will see the human rights defender participate in events and lectures through the Forced Migration Research Network.

Claudia Tazreiter, Associate Professor of Sociology and co-convenor of the FMRN, recommended Mr Boochani for the position based on his international profile, commitment to research and innovative applications with new methodologies that are commensurate with high-level researchers in academia. Mr Boochani will also be collaborating on teaching opportunities within the faculty, having already given a guest lecture to senior sociology and anthropology students.

“We are thrilled that Behrouz has accepted his appointment and we believe he will make a considerable intellectual contribution to the Faculty of Arts & Social Sciences and the School of Social Sciences through the Forced Migration Research Network,” Professor Tazreiter said. “He will contribute to the research and teaching environment of the faculty through seminars and workshops focused on building collaboration, discussing methodology, grant development and writing, and supporting Early Career Academics.”

Mr Boochani is subject to the Australian government’s policy of regional processing and had been detained in an offshore detention centre on Manus Island, Papua New Guinea, for more than six years. Mr Boochani and fellow refugees were recently moved to the country's capital Port Moresby where they await a resolution. Still, he maintains an active presence at forums, conferences, workshops and festivals through virtual media. His collaborations with researchers will take place via virtual online forums, video conferencing and social media connectivity.

In 2013, Mr Boochani fled his home country of Iran in search of asylum in Australia amid fears the government would imprison him for his journalism and documentary filmmaking. He was intercepted while trying to reach Australia from Indonesia by boat and taken to Christmas Island before being transferred to Manus Detention Centre. 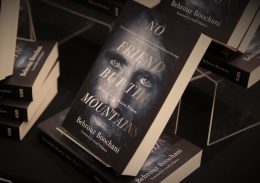 There, he detailed his life in the camp on a contraband cell phone and sent thousands of text messages to his translator in Sydney. The messages formed his award-winning book No Friend but the Mountains, which has won almost every major literary prize in Australia including the Victorian Prize for Literature, Australian National Biography Award, and the Australian Book Industry Award for General Non-Fiction Book of the Year. In 2018, UNSW Arts & Social Sciences hosted an official launch for the book featuring translator Dr Omid Tofighian, writer Janet Galbraith and translation consultant Moones Mansoubi in conversation with Mr Boochani via Whatsapp.

UNSW Arts & Social Sciences Interim Dean, Associate Professor David Blaazer, believes that the formal appointment of Mr Boochani will add to the richness of teaching and research within the faculty.

“We are pleased to welcome Behrouz to the Faculty of Arts & Social Sciences and look forward to working with him to deepen our understanding of the diversity of human experience and challenge traditional ways of thinking about the world.”

Mr Boochani’s work has earned him international acclaim. He holds visiting professorships at institutions in Australia and the UK. He is regularly published in The Guardian, The Saturday Paper, The Financial Times, The Sydney Morning Herald and Huffington Post. He also has numerous creative collaborations with artists and academics in Australia and internationally and has published in academic and literary journals. Mr Boochani was recently named a Visiting Professor at Birbeck School of Law, University of London.