Despite the layers of discrimination faced by refugee women and girls, they are not just passive victims, write Linda Bartolomei and Eileen Pittaway. 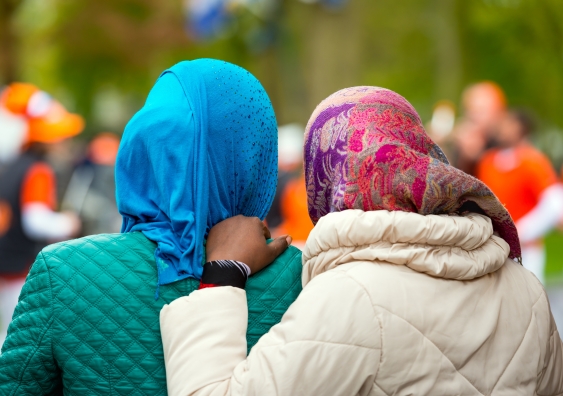 OPINION: For the first time in decades, world leaders are rethinking the legal frameworks that govern the movement of people across borders.

And, remarkably, women and girls are there from the outset: The landmark New York Declaration for Refugees and Migrants, adopted at the United Nations General Assembly last September, directly references gender issues, in particular, sexual and gender-based violence. So does the related Comprehensive Refugee Response Framework (CRRF), now being piloted in several countries to integrate the work of UN agencies, the World Bank, business and civil society to achieve more sustainable refugee solutions.

These will form the basis of two new Global Compacts – one on refugees and one on migration – for adoption in 2018. That they explicitly acknowledge refugee women and girls is a good thing.

Unfortunately, experience in the field has shown that gender issues too often make the rhetoric but not the reality. The stated commitments to gender equality in today’s negotiations sadly reflect the reality that law and policy developed over the past 30 years to address the protection needs of refugee women and girls are not working. They still suffer systematic rape and sexual abuse and lack access to many of the protection measures that should be available to all refugees. From travel documents in their own name to sanitary products, the needs of women and girls often get overlooked. Their voices are often silenced and their capacity ignored.

So it is critical that the Global Compact makes good on these commitments to refugee women and girls. With that in mind, here are four concerns for the talks.

Women and girls as minorities

At least half of the refugees in the world are women and girls. However, they are most often classified as a minority group, along with people with a disability, youth and children, members of the LGBTI community, the elderly and people from small ethnic groups or religions. Women and girls constitute 50% of all of these minority groups. However, the word minority is not used here to refer to numbers. “Minority groups” suffer from discrimination and subordination because of their status, are differentiated from those who hold positions of social power, have unequal access to decision-making, infrastructure and resources, and have their personal capacities ignored.

Women and girls as “vulnerable groups”

Women and girls are also categorised as a “vulnerable group” with an emphasis on personal vulnerability. They are not inherently vulnerable, but the refugee experience puts them risk. Cultural differences often give women lower social status, dependent on men. Lack of educational opportunities make it more difficult for them to access decision-making positions and safe livelihoods opportunities.

A major protection issue for the majority of refugee women and girls is that of sexual and gender-based violence – systematic rape, sexual slavery, trafficking, ‘corrective’ rape or killing of LGBTI-identifying women, early and forced marriage, female genital mutilation, and domestic violence. Men and boys also suffer from sexual violence. This abuse has severe consequences – psychological, physical and social – for anyone abused. There is little or no legal redress, and perpetrators function with impunity.

Despite the layers of discrimination faced by refugee women and girls, they are not just passive victims. In many camps and refugee sites, women run crèches for children, arrange care for orphaned or lost children, provide safe spaces for women who have experienced sexual and gender-based violence, manage scarce rations to ensure that families are fed, run small businesses to provide some meagre additional support their families, run basic schools, and provide protection.

They generally do this without funding or external support. In the absence of men, women take on all roles in the family and community. Women hold formal and a wide range of informal skills, and have a huge capacity. They also have a keen analysis of the problems experienced in camps and potential solutions. However, ‘minority’ and ‘vulnerable’, these women and their capacities, skills and abilities often go unrecognised.

Dr Linda Bartolomei is the immediate past Director of the UNSW Centre for Refugee Research, a co-founder of the recently established Forced Migration Research Network and a senior lecturer in Social Work and International Development at UNSW Sydney.

Adjunct Professor Eileen Pittaway was Director of the Centre for Refugee Research, UNSW, and Associate Professor in the School of Social Sciences and International Studies from 1999 to 2013.

They will both present at the Kaldor Centre Conference 2017 on 24 November. Read the full version of their research on this topic for UNHCR here.

Should Aussies stranded overseas go to the United Nations for help to get home?